Englishmen are “mad” and “impossible”, according to a short book aimed at introducing WWII US servicemen to the country’s culture.

The 1944 guide titled ‘The English and their Country’ is being reprinted by the Imperial War Museum.

It was aimed at introducing the Americans to some of the quirks and foibles of the English, including their eating habits, the North-South divide and their native standoffishness around strangers.

The pamphlet says that the English are a mystery which has confounded other nations since time immemorial.

“The English have for centuries been a puzzle to the people of other countries… the English have been called mad, hypocritical, impossible, ridiculous, cunning, simple and many other terms that, taken together, cancel each other out,” it says. 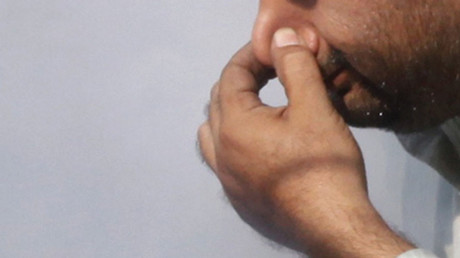 The North-South divide was also laid out for the benefit for the US soldiers, many of whom had never left America.

“The North cultivates the elementary qualities, the sterner virtues; the South refines upon them and cultivates the graces of life. The people of the English North are blunt of speech and manner,” the book explains.

“They say what they mean, even if it offends, and they act without regard to the more fastidious courtesies. They call it honesty. The South calls it uncouth. The North retorts by calling the manners of the South so much fuss and nonsense.”

The book also warns that the rural English like to mind their own business and take a long time to warm to people.

“Enter a village inn and the company of farmers and workers will ignore you. Address them, and you will get a word in reply; no more,” the authors warn.

“They will volunteer nothing, and you will have no free talk with them until they have known you for some weeks and have learned who you are, where you come from and what you are doing in their village,” they add.

The book also explains the English love of bacon and eggs for breakfast and their tendency to fall asleep after a big Sunday lunch.