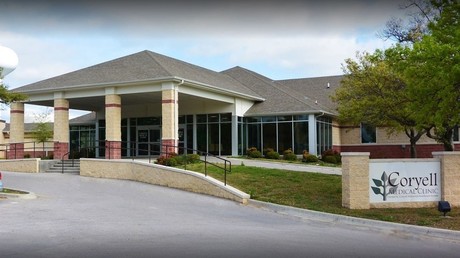 Portions of the Coryell Memorial Hospital in Gatesville, Texas have collapsed following an explosion. Twelve patients have been evacuated. Emergency crews are battling an active fire, local media report.

Video from the scene shows smoke billowing out of the building, as emergency personnel works to contain the fire.

CONFIRMED: Gatesville Police confirm that emergency crews are responding to an explosion at Coryell Memorial Hospital in Gatesville, however they would not confirm additional details on the phone. @KCENNews is en route and will have more information later

The 25-bed hospital has a Level IV Trauma Center emergency room and an advanced wound care center. The cause of the explosion and the fire is still unknown.

There has been no official information about any casualties, deaths or injuries from the blast or the fire. Four construction workers have been injured, one critically, KWTX-TV reported.

The contractors may have been caught in the blast, which happened in the portion of the complex that was under construction.

It is unclear whether the source of the explosion was a boiler room or a generator. There are reports of a widespread power outage in the area, however.