While there is a rising number of job openings for good-paying blue-collar work across the US, employers are having trouble finding workers who can pass the drug tests required to get hired and keep the job, new federal surveys show.

The Fed’s regular Beige Book surveys of economic activity across the country in April, May and July all noted the inability of employers to find workers able to pass drug screenings.

“Manufacturing contacts in Louisville and Memphis reported difficulties finding experienced or qualified employees, with some citing candidates’ inability to pass drug tests or to consistently report to work,” stated the survey.

“Hospitality contacts in Louisville noted that both entry-level and experienced workers have been challenging to find, and skilled positions in technical fields such as information technology and engineering remain difficult to fill.”

WEBINAR: 💻American workers are testing positive for drug use at the highest rate since 2004. Reasonable Suspicion… https://t.co/uXmY01JbZc

For 48 out of 50 years of the history of Warren Fabricating & Machining in Hubbard, Ohio, drugs have not been an issue, according to co-owner Regina Mitchell.

“It hasn’t been until the last two years that we needed to have a policy, a corporate policy in place, that protests us from employees coming into work impaired,” Mitchell told WTVR.

These days, two out of five applicants qualified as welders, machinists and crane operators will fail a routine drug test, according to Mitchell.

Opioid use has risen across the country, but Ohio is the state with the second-largest number of opioid-related deaths in the US, and fifth-highest overdose rate.

“These are good-paying jobs and the opportunity for people in our area. We just can’t find people to show up who can pass a drug test,” she added.

A urine sample is the most common way employers screen potential workers for illegal drugs or alcohol use. Drugs that are typically screened for employment purposes include amphetamines, cocaine, marijuana, methamphetamines, nicotine and alcohol. 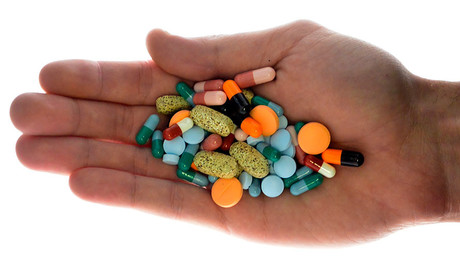 “We are talking to employers every day, and they tell us they are having more and more trouble finding people who can pass a drug test,” Edmond O’Neal of the Northeast Indiana Works, an education and skills-training nonprofit, told the New York Times. “I’ve heard kids say pot isn’t a drug. It may not be, but pot will prevent you from getting a job.”

O’Neal said manufacturers are constrained by the rigors of insurance and liability and can’t relax drug policies.

A spokesperson for Columbiana Boiler in Youngstown, Ohio, said they are always looking for people and they run jobs ads all the time “but at least 25 percent fail the drug tests.”

“The lightest product we make is 1,500 pounds, and they go up to 250,000 pounds,” Michael Sherwin, chief executive of the 123-year old manufacturer told the New York Times.“It something goes wrong, it won’t hurt our workers: it’ll kill them. And that’s why we can’t take any risks with drugs.”

“I don’t know if it’s causal or symptomatic of long-running economic maladies that have affected these communities and particularly affected workers who have seen their job opportunities decline,” Yellen told the Senate Banking Committee on July 13, according to CNBC.

The US Bureau of Labor Statistics reported the labor force participation rate has fallen since the Great Recession and has stagnated near 63 percent for the last four years.

The United States is “the only advanced nation that I know of where in these communities we’re actually, especially among less-educated men, seeing an increase in death rates partly reflecting opioid use,” Yellen added.

Death rate from drug abuse has exploded over the last 15 years. Opioid overdose contributed to more than 33,000 deaths in 2015, according to the Centers for Disease Control and Prevention, and kills more than 90 Americans every day.