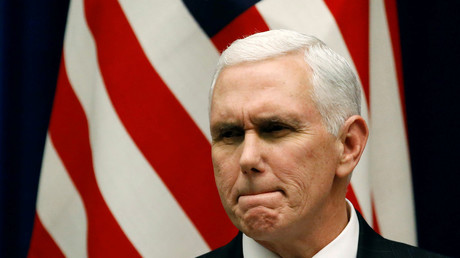 Confusion reigns on Capitol Hill after one senator claimed US Vice President Mike Pence said military exercises in South Korea will continue, contrary to statements made by President Donald Trump in Singapore.

After meeting with North Korean leader Kim Jong-un on Monday, Trump announced the US will be “stopping the war games” on the Korean peninsula, describing them as expensive and “provocative.”

At a lunch with Republican senators on Tuesday, however, Pence said that exercises will continue – according to Senator Cory Gardner (R-Colorado), a frequent critic of Trump.

Gardner then chimed in himself, appearing to back Everett’s version of events:

At this point, an unnamed official from Pence’s office stepped in and told NBC that the VP was referring to the “bi-annual military exercises” and not the “routine training and readiness exercises,” meaning Gardner was technically correct but Everett had misunderstood him. There is a “huge difference between the two,” the anonymous official said.