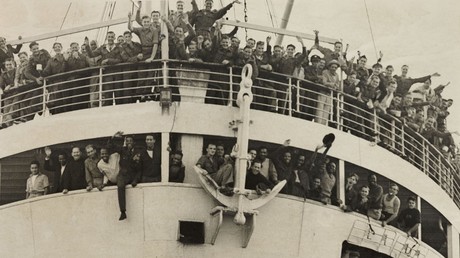 Prime Minister Theresa May ducked a stinging question from Labour leader Jeremy Corbyn, who asked whether she felt guilty about the resignation of Home Secretary Amber Rudd over the Windrush scandal.

During Prime Minister’s Questions on Wednesday, Corbyn asked: “Did the prime minister feel the slightest pang of guilt when the home secretary was forced to resign due to the failures of her predecessor?”

The question from the opposition leader was a barb thrown at May, who was home secretary before Rudd, during a period that thousands of Commonwealth citizens faced deportation because of the Tory government’s immigration policies.

Rather than giving a straight answer, the PM sought to expand on what her government intends to do in the wake of the scandal. “We all share the ambition to make sure we do right by members of the Windrush generation and that’s why we will be announcing a package of measures to bring transparency on the issue, to make sure the House is informed, to reassure members of this House but more importantly to reassure those people who have been directly affected,” May said.

Rudd resigned on Sunday night, apologizing for misleading the public over immigration removal targets. She initially said there were no such targets, before admitting there may have been some at a “local” level.

Calls followed for the PM to step down too, amid claims that Rudd was merely acting as her “human shield.” The Tory leader was the one who originally pledged to make Britain a “hostile environment” for illegal immigrants, back when she was home secretary.

The prime minister made an apology to Caribbean leaders over the Windrush scandal during a meeting last month.