Google has nixed its unofficial motto – ‘don’t be evil’ – from its code of conduct, amid reports that staff have been resigning in protest over a controversial Pentagon project. RT takes a closer look at the PR nightmare.

According to Gizmodo, around a dozen Google employees have resigned in recent weeks in protest over the company’s cooperation with the Pentagon program codenamed ‘Project Maven.’ 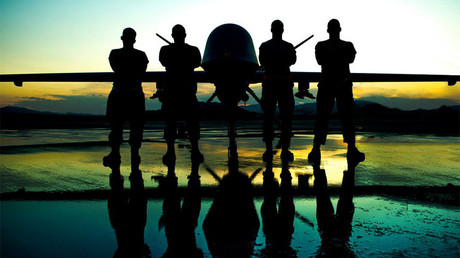 Google recently raised eyebrows after scrubbing ‘don’t be evil’ – its unofficial motto – from its code of conduct. The removal occurred sometime in late April or early May, but the change was only noticed last week.

In March, the tech giant signed a contract with the Pentagon to help create artificial intelligence tools for drones to identify human ground targets without the assistance of human operators. Google insists that the technology it is developing for the US military will be for “non-offensive uses only.”

More than 3,000 angry Google staffers signed a petition last month demanding that the company cancel the contract and adopt a clear policy stating that it would not participate in the development of warfare technology.