US President Donald Trump may be in the UK for longer than originally scheduled this July – to play golf. The Don, who has a soft spot for the Scots as his mother hails from the Isle of Lewis, owns two golf courses there.

Trump is set to touch down for talks with Prime Minister Theresa May on July 13, after attending a NATO summit in Brussels on July 11 and 12. Trump is also expected to meet Queen Elizabeth II at Balmoral. 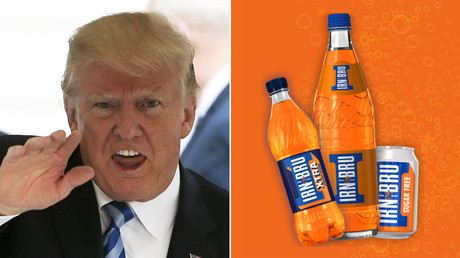 The details of his Scotland trip are yet to be confirmed, but one option is understood to be for the president to play a round of golf with a professional player.

Trump, who was critical of former President Barack Obama for the time he spent playing golf, has come under fire for the very same thing. His extended stays at his own Florida golf resort are estimated to cost the US government about £2.45million ($3.28million)

The UK trip will not be a state visit as previously suggested, with Downing Street backing down and instead referring to the looming tour as a “working visit.” Trump previously cancelled a proposed UK state trip following a row over the new American embassy in Nine Elms, labelling the relocation from Mayfair a “bad deal” by the Obama administration. However, it was rumored that the POTUS cancelled due to fears he would face mass protests in London.

Despite the POTUS’ love for Scotland, the feeling is not quite reciprocated en-masse. In 2016, 50 left-wing activists forced their way into two of Trump’s hotel resorts in Scotland to protest a man they called “one of the world’s most prominent racists.”

READ MORE: Donald Trump cancelled UK trip because he wouldn’t get the ‘love he deserves’

In 2017, a Scottish woman sued one of Trump’s golf courses after staffers photographed her weeing without her knowledge or consent.