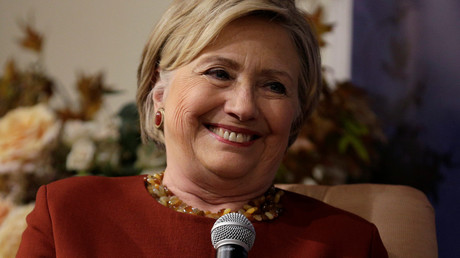 Former FBI Director James Comey “usurped authority” and made a “serious error of judgment” in handling the Hillary Clinton email probe in 2016, says the newly published report by the Department of Justice inspector general.

Comey’s announcement that no charges will be filed against Clinton in July 2016 usurped Lynch’s authority and went against FBI policy, while his October 2016 announcement the FBI had found additional emails and reopened the investigation likewise violated policy and represented a “serious error of judgment.” Comey is also accused of using personal email to conduct FBI business.

The other major takeaway concerns the text and instant messages between five FBI employees who “brought discredit to themselves, sowed doubt about the FBI’s handling of the Midyear investigation, and impacted the reputation of the FBI,” per the report.

The employees’ use of FBI devices to send messages “demonstrated extremely poor judgment and a gross lack of professionalism.”

The report cites one exchange between agent Peter Strzok and attorney Lisa Page in particular, where Page asks if Donald Trump could become president, and Strzok replies, “No. No he won’t. We’ll stop it.”

This is “not only indicative of a biased state of mind but, even more seriously, implies a willingness to take official action to impact the presidential candidate’s electoral prospects,” the report says, calling it “antithetical to the core values of the FBI and the Department of Justice.”

Slippery James Comey, a man who always ends up badly and out of whack (he is not smart!), will go down as the WORST FBI Director in history, by far!

Horowitz’s probe has already exposed two incidents that Republican lawmakers say show wrongdoings by the DOJ. In April, former FBI deputy director Andrew McCabe was the subject of a harsh report accusing him of leaking information to the media to “advance his personal interests” and subsequently misleading the department during an investigation into the incident.

Horowitz also revealed internal text messages between Strzok and Page, which were critical of Trump but took place while they worked on the Russia investigation, which was outside the scope of the report. Republicans have cited these messages as further proof that law enforcement agencies were acting against Trump’s campaign.

Comey angered Trump when, after his firing, he handed over memos documenting his interactions with the president to a friend and asked him to share them with the media in the hope that they would lead to the appointment of a special counsel to lead an investigation into the Trump campaign’s alleged dealings with Russia, which ultimately happened with the appointment of Robert S. Mueller in 2017.

Horowitz is expected to come before Congress to be questioned about the report in a series of hearings next week.