The Justice Department’s national Blue alert system will alert law enforcement, the media and the public about “imminent threats.” The alerts, similar to Amber alerts for missing children, can be transmitted to television and radio stations to cellphones and wireless devices. 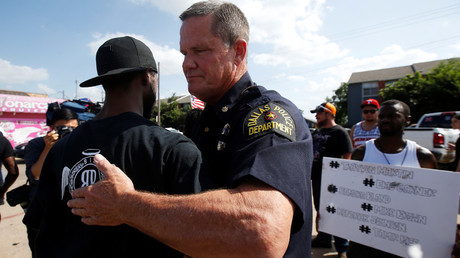 The National Blue Network will also be backed by the Federal Communications Commission (FCC), the Department of Homeland Security and Immigration and Customs Enforcement.

A Blue alert will be issued if an officer has been killed, seriously injured or attacked, a suspect involved has not been apprehended, and there is sufficient descriptive information of the suspect, including any vehicle and license tag information, according to the Justice Department.

Under the program, a Justice Department coordinator shall work with states and local government, but the program will be limited to the geographic area most likely to lead to a suspect’s capture. The program is not mandatory.

Congress passed the Rafael Ramos and Wenjian Liu National Blue Alert Act in 2015 to establish the nationwide system to give police an early warning of threats against police officers. It was signed into law under the Obama administration.

The act was named after a man ambushed and killed two New York City police officers in December 2014. The assailant had posted on Instagram that he was targeting police in retaliation against police-involved killings in Ferguson, Missouri and New York City. That information never reached New York.

Congress required the Justice Department to establish the program in 2015, but didn’t appropriate any additional money, and implementation of the program has languished since then.

The Congressional Budget Office estimated the cost of the system at $1 million.

Twenty-seven states have already established Blue Alert programs. The federal role is to encourage similar systems in other states and to link them together in one network.

What is missing is how often the Blue Alerts are used, and how effective they are. The Texas Department of Public Safety, one of the first states to implement the system, won’t discuss the program and has asked the Texas attorney general to block the release of any data about the program. 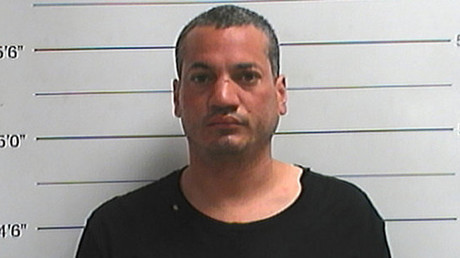 The Blue alert launch comes as New York state senate passed a bill that would make attacking or killing cops or other first responders a hate crime earlier this week.

The Community Heroes Protection Act would make cops, firefighter and EMTs among those to be included in the state’s hate crimes laws which bump violent crimes up a level and impose harsher penalties.

The legislation, sponsored by retired Upstate undersheriff, Republican Sen. Fred Akshar, was spurred in part by the death of 135 law enforcement officers killed in the line of duty in the United States last year.

The legislation is sponsored by in the Assembly by Democrat Peter Abbate, Jr., but it is not scheduled for a vote.