A digital rights group is suing the US Justice Department over secret court orders it suspects are being used to force tech companies to unlock devices. The lawsuit asks the Federal Intelligence Surveillance Court for a disclosure of all such requests.

The Electronic Frontier Foundation (EFF) insists that the US government has been “increasing pressure on companies” to either gain access to encrypted private communications or receive assistance that would help it do so.

“News outlets have reported that the government has sought the Federal Intelligence Surveillance Court (FISC) orders and opinions that required private companies to turn over their source code so that the government can identify and exploit vulnerabilities for its own surveillance purposes,” the group said in its filing to the United States District Court for the Northern District of California.

It argues that the Federal Intelligence Surveillance Court, also known as the FISA court or FISC, opinions should be declassified as part of surveillance reforms that Congress enacted in the USA Freedom Act.

One of the recent examples the EFF cites is the FBI versus Apple case, when the federal agency sought orders from public federal courts to force the IT giant to crack an iPhone tied to one of the San Bernardino terrorists.

“It is unclear to what extent the government has sought or obtained similar orders from the FISC,” the nonprofit said in a press release. “The FISC operates mostly in secret and grants nearly every government surveillance request it receives.” 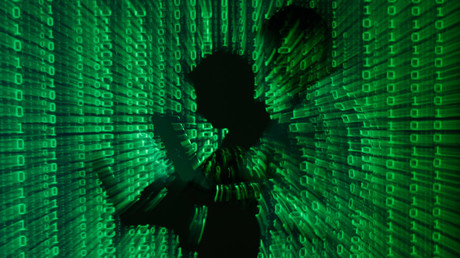 EFF said that it was Apple’s battle with the FBI that raised its suspicions that the US government is putting the security of the “deeply personal” information contained on the private devices of millions of Americans at risk.

Now the group wants to investigate whether “similar efforts are happening in secret before the FISC.”

“If the government is obtaining FISC orders to force a company to build backdoors or decrypt their users’ communications, the public has a right to know about those secret demands to compromise people’s phones and computers,” EFF Senior Staff Attorney Nate Cardozo said on the group’s website. “The government should not be able to conscript private companies into weakening the security of these devices, particularly via secret court orders.”

EFF filed Freedom of Information Act (FOIA) requests in October and March, but says the government continues to wrongfully withhold the requested records in violation of FOIA.

EFF wants the court to order the DOJ to “process immediately” the records it requested, as well as make copies of them available to the group.

EFF won another case against the government in February, when a California judge authorized a discovery to be conducted, which will collect evidence concerning the NSA’s “warrantless” surveillance, ending an eight-year long legal battle.