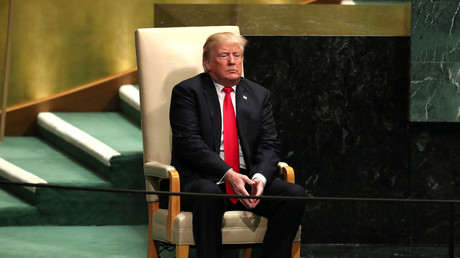 Trump sermonized to the UN General Assembly about the evils of socialism – but his lecturing was met with crickets. RT’s Caleb Maupin dives into the US leader’s Cold War-era rant, and why it received a chilly reception.

US President Donald Trump railed against Venezuela during his speech on Tuesday, claiming that the South American nation embodies the ills of socialism, which inevitably leads to “suffering, corruption and decay.” But his audience – made up of dozens of socialist governments, including affluent European allies – did not appear particularly impressed with Trump’s Cold-War era preaching.

In fact, if Trump is really worried about socialism, there’s plenty of it brewing on the home front: A number of self-described socialists are currently running for US Congress. Some, like Alexandria Ocasio-Cortez, have even unseated longtime establishment lawmakers in upset primary victories.