A pediatric cardiologist from Marietta, Georgia, has admitted illegally providing confidential patient data to US pharmaceutical company Aegerion. The information was to help the company mismarket a costly drug.

Dr. Eduardo Montana, 55, pleaded guilty in a Boston court hearing to disclosing 280 patients’ “individually identifiable health information” to Aegerion. Last September, the company was fined over $35 million to resolve criminal charges linked to the mismarketing of its drug Juxtapid. Montana will be sentenced on June 4 and faces up to a year in prison, Reuters reports.

Aegerion conspired to surreptitiously gather patient data in order to determine their suitability for the product. Juxtapid, which received FDA approval in 2012, is only suitable for use for patients with a rare lipid disorder. However, both defendants willingly targeted patients that did not suffer from the condition. After providing patient data, Montana requested a $236,000 grant from Aegerion, which the company declined. 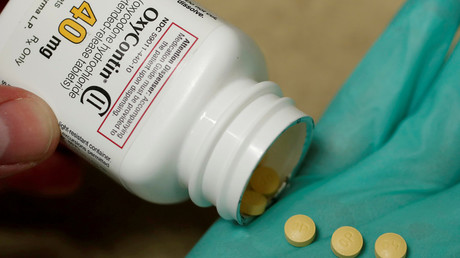 A memorandum and order statement from US Federal Judge William G. Young last November addressed the criminality behind Aegerion’s actions. It detailed the financial and medical ramifications of their risky profit-making misadventures to defraud customers.

“Aegerion engaged in a series of unfair and deceptive acts, including outright fraud, which pervaded corporate management, all designed to increase the use of Juxtapid in circumstances where such treatment was not medically indicated. Aegerion wrongfully received a great deal of money from this corporate criminal conduct. Still more important, it appears that Aegerion knowingly induced the prescription of Juxtapid to many patients for which it would do no good, thus crowding out more promising therapies,” he continued.

The company’s actions explicitly violate the Health Insurance Portability and Accountability Act (HIPAA), commonly referred to as the Kassebaum-Kennedy Act, which outlines the standard code and conduct for the medical industry to follow regarding patient data and access to health care providers.

Aegerion is based in Cambridge, Massachusetts, and became a subsidiary company of Vancouver-based Novelion Therapeutics after a 2016 merger with QLT.