“Rule Britannia, Britannia rules the waves,” goes the patriotic anthem from the days of empire. Today the truth is very different, as it has been revealed that the British Navy has no major warships deployed outside of UK waters.

The government is currently working hard to fill a gaping hole in the defense budget.  Portsmouth is currently home to six of the Royal Navy’s Type 45 destroyers, while a mix of Type 23 frigates are either at Portsmouth or Devonport. 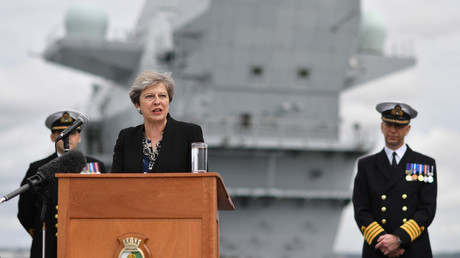 The only one preparing for duty is HMS St Albans, as it is tasked with the protection of home waters.

Experts claim the failure to sail across the world’s waters and keep a powerful presence on the world stage is because the purse is empty. Vice-Admiral John McAnally, national president of the Royal Naval Association, told The Times this indicates the fleet is too small.

“I am distressed and alarmed. I do not see that it is easily remedied,” he said.

“The only answer is an increase in the defense budget. It is too small to meet what government want the armed forces to do.”

According to the Royal Navy, the frigates and destroyers are docked for maintenance and crew needs.

The navy sought to play down concerns that the UK is not protected at all times.

“There will be 13 ships and submarines deployed away and in home waters, as well as the at sea nuclear deterrent,” a Royal Navy spokeswoman said.

It was also claimed deployments are due. HMS Sutherland, a Type 23, is due to depart for the Far East and HMS Duncan, a Type 45, will also be deployed.

HMS Ocean, the fleet’s flagship, will be decommissioned in 2018 amid dramatic cuts to the British forces.
The three tiers – army, navy and air force – are said to be being pitted against each other as the nation looks to save £30bn ($40bn) over a decade.

While there are big decisions to be made around cuts, a number of embarrassing faults have been identified. HMS Queen Elizabeth, which will enter active service in 2020, sprang a leak during sea trials – after being built at a cost of £3.1bn. 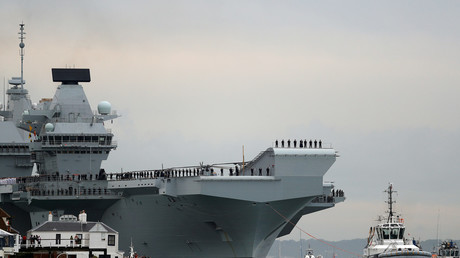 At the same time, F-35 jets, which Britain is spending £9.1bn on, are riddled with problems from the communication systems to air pressure in the revolutionary jets.
Tests in the US have found the Lockheed Martin-built fast jets are far from perfect.

A parliamentary defense scrutiny group has demanded to know how much each jet is going to cost, as an order for 48 rockets up in price, partly to do with the fall in the value of the pound in a time of Brexit.

HMS Queen Elizabeth was visited by the Queen and Prime Minister Theresa May on December 7 as they witnessed its commission. However, it will not enter service until fast jets are delivered.

A Royal Navy spokesman said: “An issue with a shaft seal has been identified during HMS Queen Elizabeth’s sea trials; this is scheduled for repair while she is alongside at Portsmouth. It does not prevent her from sailing again and her sea trials program will not be affected.”