Extremism among young people is fueled by discontent and social fragmentation, a young east Londoner working for the Kofi Annan Foundation claims.

Speaking to the Press Association ahead of her address at the One Young World Summit, 23-year-old Fatima Zaman shared her views on the causes of extremism in young people.

“Across the entire spectrum, from the far right, the far left and Islamist-inspired extremism, there exist certain commonalities,” she argued.

“Irrespective of the type of terrorist organisation, extremist ideology is fueled by discontent, social fragmentation and a disillusion with the political order of the day.”

Society and the media should “drown out extremism by amplifying the voices of reason, using positive stories to defeat extremism and by offering a better alternative narrative.”

She said it is vital to attack the idea that ‘Britishness’ and Islam are at odds with each other. 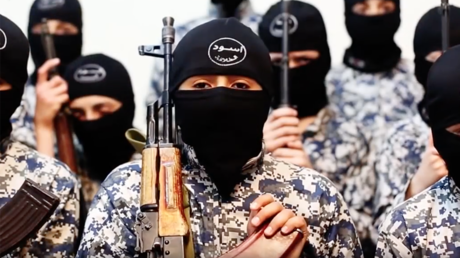 “The extremists state that being British directly contradicts being Muslim and that the two identities should always be at war.

“But the great thing about being British is tolerance for other cultures, understanding of difference and respect for culture,” she said.

However, recent figures on the UK’s official Prevent strategy show a different story to one of tolerance and reason, with efforts to stem Islamic and far-right extremism in the UK leading to children under the age of 10 being referred to government de-radicalization programs on an almost daily basis.

A total of 4,611 people, around half of them children and teens, have been flagged up for possible intervention in the past year to stop them falling under the influence of extremist ideologies.

The figures have jumped 75 percent since last year, when local authorities – including schools and councils – were given a statutory duty to stop people being drawn into terrorism, under the Prevent strategy.

Islamic extremism is involved in 70 percent of those referred, while 15 percent of cases are related to far-right ideas, the figures released under the Freedom of Information Act in September show.