Almost 10,000 British military personnel have contracted a sexually transmitted disease (STD) since 2012 and up to 100 have caught HIV, according to figures released by the Ministry of Defence (MoD).

The figures, first unearthed by the Daily Mirror, show a virtual epidemic of STDs in the British military.

Although all three services are affected, the infection rates would represent 10 percent of the 87,000-strong British Army if applied to that service alone. 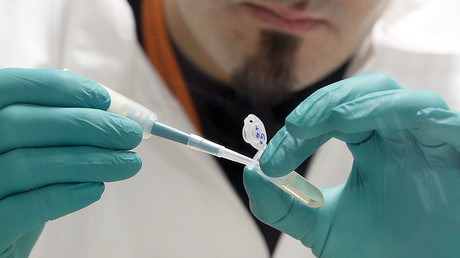 A number of personnel have been rendered un-deployable by their condition and many of the HIV sufferers have been discharged.

The fact that some troops had multiple infections lowers the figure slightly, bringing the toll to 9,291 individual troops.

Some 1,080 troops suffered genital herpes, 1,848 contracted genital warts and 127 were found to have one of the two common strains of Hepatitis. Meanwhile 2,641 were diagnosed with pelvic inflammatory disease and 141 troops were found to have either syphilis or gonorrhoea.

“Most unit medical officers will freely hand out condoms to troops who are constantly warned about the dangers of unprotected sex,” one senior officer told the Mirror.

“There are plenty of posters around most bases warning of the dangers of STDs – some of these diseases such as HIV can be career ending,” he added.

While these figures are high, available World War I records show that over the course of the 1914-1918 conflict venereal diseases saw 416,891 British and Dominion soldiers were hospitalized.

The figure is striking when compared to 74,711 cases of Trench Foot – a disease much more commonly associated with the Great War.