A human rights activist is facing charges after refusing to give border security officials at Heathrow Airport his phone and laptop passwords in what he called a “digital strip search.”

Muhammad Rabbani, who is the international director of the advocacy group CAGE, was stopped at Heathrow in November, but refused to give border officers access to his phone and laptop.

Border security had detained Rabbani under Schedule 7 of the Terrorism Act, which gives officers a range of powers to search people at ports and airports without grounds for suspicion. 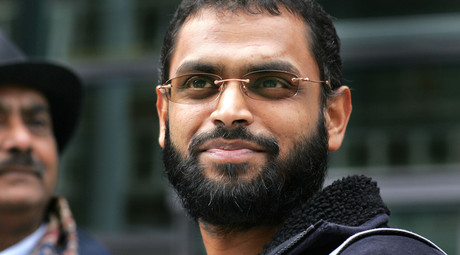 CAGE, whose main role is to support those who have fallen victim to UK counterterrorism legislation, has said the devices contained details about an investigation into “torture complicity by a UK ally.”

Rabbani said he had been happy to provide details about himself, but maintained that allowing the border guards to view material related to the case would have been a breach of confidentiality.

Vance argued that CAGE’s past links to Mohammed Emwazi – aka Islamic State executioner Jihadi John – meant it was understandable that the organization had attracted the attention of the security services.At a controversial press conference in 2015, CAGE representatives called London-born jihadist Emwazi a kind, gentle, and “beautiful” person.

Remonstrating with Vance, Hussain argued that the issue at hand is not Jihadi John, but Rabbani’s innocence, while insisting the activist had just been protecting his client, “who is a torture victim.”

Rabbani said in a statement: “I’m facing prison due to the existence of a power that has been operating at the UK borders for 17 years now.

“Using this power, officers can compel a person to surrender their passwords without cause and there’s also no right to remain silent.”

He compared the practice to a “digital strip search.”