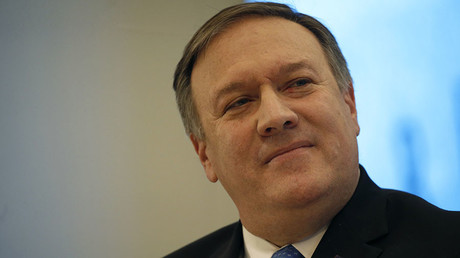 US President Donald Trump has said he had “chemistry” with the CIA Director Mike Pompeo, but didn’t see eye to eye with Rex Tillerson. Pompeo has replaced Tillerson as Secretary of State.

“I worked with Mike Pompeo for quite some time,” Trump told journalists following his decision. He added that he was “always on the same wave length” with the former CIA director and praised his “tremendous energy” and “tremendous intellect.”