Detroit is threatening banks and businesses with nearly 600 lawsuits over more than $12 million in unpaid property taxes. The measure, however, would not target individuals who have “fallen on tough times.”

The city is seeking to recover roughly $20,000 from each bank or company and about $8,000 per parcel for 1,543 lots, both residential and commercial, as Detroit struggles to stabilize its post-bankruptcy state. 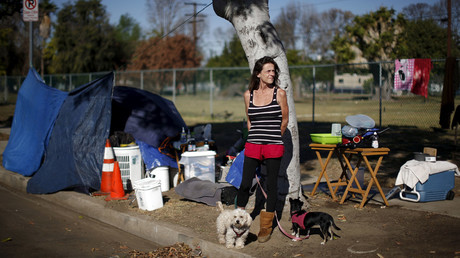 “For too long, there are those who chose not to pay what they owed in taxes, leaving everyone else to pay the price,” said David Szymanski, Detroit’s treasurer and deputy chief financial officer, in a statement Wednesday. “We are working to improve city services for our residents, and to do that – whether its better police and fire protection, streetlights or better schools for our children – we need everyone who does business in this city to pay their fair share.”

Detroit authorities have given the companies and banks in question, which the city refused to name, two weeks to respond to demand letters. Otherwise, Szymanski said, the unresolved tax cases would be taken to court by September 1.

The city is seeking to recoup millions in unpaid property taxes for the two-year period between 2010-2012.

“The amount (owed) is certainly not a surprise,” Szymanski said. “The evaluation of the viability of such a lawsuit is what caused pause in the past. We’re confident that we’ll be successful in relation to collection of these taxes in most of the cases.”

Detroit also plans to go after delinquent taxes for other years as well, meaning that those who had properties in Detroit at a tax auction could still see lawsuits, which is allowed under Michigan law.

However, the Motor City will not target individuals who own fewer than three properties and are not linked to a limited liability corporation or company.

“We are not talking about the family that has fallen on tough times, those struggling to decide whether to feed their children or pay their taxes,” Szymanski said. “We went to great lengths to ensure that we were going after only those who bought property as investments, not as a place to live.”

Hit by the biggest-ever US municipal bankruptcy in December 2014, Detroit managed to pay off about $7 billion of its $18 billion of debt and obligations.

Earlier this year, Mayor Mike Duggan proposed a $2.6 billion fiscal 2017 budget, with hopes for the city to be released from post-bankruptcy state oversight by January 2018.

“We’re giving people a heads up that they still owe property taxes and we’re asking them to pay what they owe, and hopefully we don’t have to take it any further than that,” Dan Austin, a spokesman for Duggan, said, according to Detroit Free Press. He added that “$12.2 million can pay for a lot of cops and firefighters. It’s not an insignificant amount of money.”