FBI agents tried to turn Russia’s once-richest man into a US mole, according to an explosive NYT report. It claims that Oleg Deripaska was one of six oligarchs targeted for information in a Russiagate-related intelligence flop.

According to reports by the New York Times, the US government pushed oligarchs with perceived links to President Vladimir Putin for information. Deripaska was allegedly nudged to give up information on Russian organized crime and “possible Russian aid to President Trump’s 2016 campaign.” 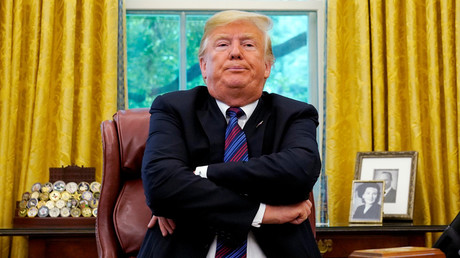 Determined to get something on the Kremlin’s unproven involvement in the 2016 election, FBI agents reportedly turned up unannounced at Deripaska’s New York home to quiz him about his ex-business partner Paul Manafort – who went on to lead Trump’s election campaign – and Manafort’s links to Russia.

Despite the US government’s repeated attempts to gather intelligence from him, Deripaska told the US Department of Justice that he had no information to provide. Sources told the NYT that Deripaska disagreed with the agents’ opinion that Russia had colluded with the US in Trump’s election campaign. He also slammed theories about Manafort’s alleged role as “preposterous,” even though the two men were involved in a “bitter business dispute.” He is also said to have notified the Kremlin about the US government’s failed efforts to recruit him.

It is understood that Justice Department official Bruce Ohr and former British spy Christopher Steele – who was responsible for the infamous Trump-Russia ‘dirty dossier’ – were involved in the attempt to turn Russian oligarchs into US informants. The report said that the US government tried to entice Deripaska with promises to relieve him of previous visa issues stemming from past legal problems, but their attempts to win over the aluminum magnate and other Russian oligarchs appear to have failed.

In April, Deripaska and his company were hit by sweeping US sanctions, with Washington accusing him of links to crime, various abuses and even of ordering a murder.

Report: There were no FISA hearings held over Spy documents.”It is astonishing that the FISA courts couldn’t hold hearings on Spy Warrants targeting Donald Trump. It isn’t about Carter Page, it’s about the Trump Campaign. You’ve got corruption at the DOJ & FBI. The leadership….

….of the DOJ & FBI are completely out to lunch in terms of exposing and holding those accountable who are responsible for that corruption.” @TomFitton@JudicialWatch

The report comes as Trump took to Twitter to accuse the Department of Justice and FBI of “corruption” over the “Russia hoax.” The president also accused the DOJ and FBI of being “completely out to lunch” in a series of tweets, in which he insisted that “no information was ever given by the Trump Team to Russia”.