Disturbing audio captures the moment a man screams in desperation as he is forcibly removed from the UK in front of his family and passengers on a commercial flight to Turkey.

The recording, collected by the Huffington Post, prompted Labour MP Yvette Cooper to call for a Home Office inquiry into the immigration removal process.

The incident occurred last month on board a Turkish Airlines flight to Istanbul. The man, who was referred to as Abdul, was confronted by five border police officers as he resisted attempts to remove him from the country. 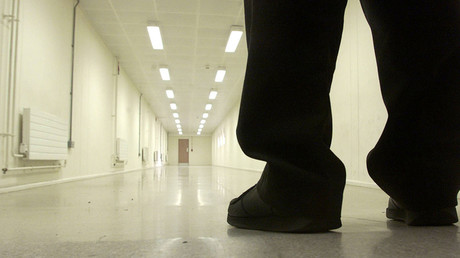 The man can be heard screaming: “Stop it, man. I don’t want to go. I have a daughter in this country, I need to go to hospital next week. This is not human rights. Stop it, please!”

The guards also appear to use physical force against him, as he can be heard shouting: “You broke my hand. Stop it, man!”

This was confirmed by another passenger, who asked to remain anonymous, but said upon landing: “They used a lot of force. It was disturbing and also many of the people around us had children who were shocked at all the yelling,” the Huffington Post reports.

Another passenger said: “It shouldn’t be that way. There should be a better process because – as far as we know – he’s not a thief, it’s not a criminal issue. And, even if it is criminal, it shouldn’t be done that way, everybody has rights.”

Cooper called on the Home Office to urgently investigate what she described as “very disturbing evidence.”

“The Home Affairs Select Committee is already holding an inquiry into the operation of immigration detention and we need to know that there are proper safeguards and standards in place when it comes to removing people from the country. We will be raising this with Ministers,” she said.

A total of 12,666 were removed from the UK last year, an average of nearly 35 people a day. A Home Office spokesperson said of the audio recording: “Detention and removal are essential parts of effective immigration controls. It is vital these are carried out with dignity and respect.

“We aim to safely remove people in a way that both minimizes the impact on the airlines and their passengers and is fair to the taxpayer. While it is regrettable that some people are, or become, disruptive on removal; we do our utmost through a risk assessment process to try and minimize any potential impact on the rest of the passengers.”

Although most removal operations run smoothly, the 2010 death of 46-year-old Jimmy Mubenga as he was restrained by private security firm G4S guards on a British Airways flight triggered an overhaul of the process. Immigration detention and removal nonetheless remains the subject of widespread criticism as the UK remains the only country in the UK without a limit to detention. 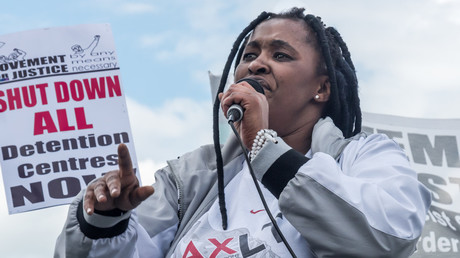 Hundreds of detainees at the predominantly female Yarl’s Wood Detention Center went on hunger strike last month to oppose the indefinite detention they face before being deported, and the fact that many of those detained are victims of abuse. The Home Office introduced a policy forbidding the detention of abuse victims in 2016, but campaigners say the practice still continues.

“The Home Office… continues to detain victims of sexual and gender-based violence.

“The healthcare system does not meet the needs of most detainees. Ailments are left to become [very serious] before being dealt with, if at all,” a joint statement by the women demonstrators said.

Research in November by Women for Refugee Women found that, despite the new framework, 85 percent of women detainees were survivors of rape and other gender-based violence. Antonia Bright, a representative of Movement for Justice (MoJ), told RT the detention center is intrinsically “racist.”

“The resistance being shown by detainees currently in Yarl’s Wood is really strong and important and represents the anger and boldness felt in all detention centers. What they are doing is expressing what is true about the immigration system. That it is thoroughly racist and that it doesn’t care about the human beings it deals with,” she said.

“It just treats them as a number,” Bright added. She went on to suggest that Yarl’s Wood, which is managed by private security company Serco, is so saturated with detainees who have previously been victims of rape and abuse that, if they were set free, “there would be no one in detention.”