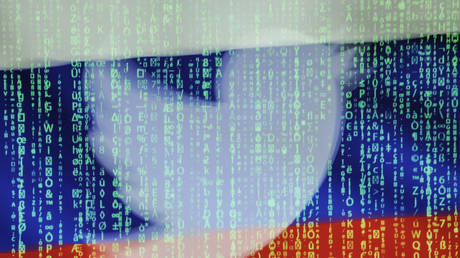 The Democratic operative who boasted about orchestrating a “false flag” operation that used fake Russian bots to swing a US Senate race has issued a farcical denial in which he backpedals on his own publicly available statements.

Jonathon Morgan, CEO, and co-founder of “Democratic-leaning” private intelligence firm New Knowledge, was reportedly part of a secretive campaign to discredit Republican candidate, Roy Moore, during the Alabama election. According to an internal report obtained by the New York Times, Morgan and his accomplices boasted about how they had “orchestrated an elaborate ‘false flag’ operation that planted the idea that the Moore campaign was amplified on social media by a Russian botnet.” Moore ended up losing the race by a hair to his Democratic opponent Doug Jones – who became the first Democrat in 25 years to serve Alabama in the Senate.

READ MORE: The only ‘Russian bots’ to meddle in US elections belonged to Democrat-linked ‘experts’

Morgan adamantly denied these accusations in a statement posted on New Knowledge’s blog, insisting that his company used the election to conduct “research” and “did not engage or operate a botnet.” In fact, according to Morgan, New Knowledge believed from the beginning that the “Russian bots” purportedly aligned with Moore were fake. The hundreds of Cyrillic-sporting accounts that followed Moore on Twitter “seemed to us to be the work of internet trolls, not Russian activity,” Morgan wrote. He acknowledged that the media presented the bots as a genuine Russian influence campaign, but asserted that “to this day, we have no idea where these followers came from or what their purpose was.”

In other words: In November 2017 – when Moore and his Democratic opponent were in a bitter fight to win over voters – Morgan openly promoted the theory that Russian bots were supporting Moore’s campaign. A year later – after being caught red-handed orchestrating a self-described “false flag” operation – Morgan now says that his team never thought that the bots were Russian and have no idea what their purpose was. Did he think no one would notice?

Tellingly, Morgan publicized during the election that New Knowledge had invested time and resources into unmasking the owner of a pro-Moore Twitter account. True to form, Morgan suggested that the Twitter user was a Russian bot – an accusation that was found to be baseless after the Daily Beast conducted a thorough investigation into the matter.

We’ve been looking into umpire43 at @NewKnowledgeAI. “He” is the fake SEAL who attacked Roy Moore’s accusers. Daily Beast now reporting the account’s operator stole a dead SEAL’s identify.

This is just one of several painfully apparent inconsistencies with Morgan’s “research” story. He insists that his company’s activities were limited to the creation of a benign Facebook page aimed at Alabama conservatives, which was used to gauge how political audiences responded to “mainstream, moderate” journalism.


None of this adds up. According to the New York Times, which broke the story, Morgan “acknowledged his role in the secret Alabama operation on Facebook and Twitter.” Why is he now denying any role – and why is there no mention of Twitter activities in his statement? Morgan’s obstinate denial insists that he was only involved in setting up a harmless Facebook page.
Morgan ends his statement by declaring that New Knowledge “is in the integrity business.” This is why, as the Times reported, the company “intended to help Mr. Jones and hurt Mr. Moore and that its operators believed it had succeeded in doing so.”