Special Counsel Robert Mueller has reportedly begun looking at Tony Podesta, a Democratic lobbyist and brother of HIllary Clinton’s campaign chairman, as part of his probe into “Russian meddling” in the 2016 US presidential election.

The probe into Podesta and his lobbying firm, the Podesta Group, grew out of an inquiry into the finances of former Trump campaign chairman Paul Manafort’s finances, NBC News reported Monday.

Manafort served as chairman of President Donald Trump’s electoral campaign between March and August 2016, and resigned shortly after media reports about his lobbying efforts in Ukraine.

Between 2012 and 2014, Manafort organized a PR campaign for a nonprofit called the European Center for a Modern Ukraine (ECMU), said to have been backed by the country’s government. The ECMU campaign was designed to sway public opinion and included attempts to solicit favorable press coverage in The New York Times and The Wall Street Journal. Manafort is alleged to have made $12.7 million for those efforts, according to the New York Times.

The Podesta Group was co-founded by Tony and his brother, John Podesta, a longtime Clinton aide who served as chairman of her 2016 presidential campaign. The lobbying firm worked with Manafort on the Ukraine campaign. Mueller’s team is now pursuing a criminal inquiry into whether the Podesta Group violated the Foreign Agents Registration Act (FARA) by doing so, according to NBC.

Under FARA, people in the US who lobby on behalf of foreign entities must register through the Justice Department as a foreign agent and disclose their work. At issue is whether the Podesta Group filed the disclosures at the time, or only after their work in Ukraine attracted media attention.

In a statement Monday, the Podesta Group said that it was in compliance and “has fully cooperated with the Special Counsel’s office.”

“The Podesta Group fully disclosed its representation of the European Centre for a Modern Ukraine (ECFMU), and complied with FARA by filing under the lobbying disclosure act over five years ago and within weeks of starting our work,” the group’s spokesperson said. “Any insinuation to the contrary is false.” 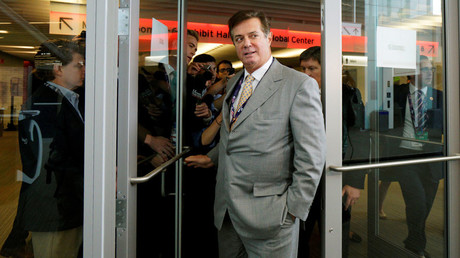 Mueller’s inquiry into the lobbying campaign appears to be part of a larger investigation into Manafort’s work for the Party of Regions, his offshore banking transactions, his tax compliance and his real estate dealings, NBC reported.

The new focus on the Podesta Group could indicate that the Muller probe may be expanding beyond the original focus on alleged Russian meddling in the 2016 election and potential collusion with Trump, ensnaring Democratic operatives in the process.

Several US intelligence agencies have claimed that the Russian government interfered in the election by hacking the computer servers of the Democratic National Committee (DNC) as well as the personal email account of campaign chair John Podesta, and forwarding the contents to WikiLeaks.