Newly-appointed Defence Secretary Gavin Williamson is taking the hardline approach on UK-born Islamic State fighters with a very clear, cold-blooded message: Britain will find you, and Britain will kill you.

In an interview with the Daily Mail, Williamson made his stance clear.

“Quite simply, my view is a dead terrorist can’t cause any harm to Britain,” he said. “I do not believe that any terrorist, whether they come from this country or any other, should ever be allowed back into this country. We should do everything we can do to destroy and eliminate that threat.”

Williamson went on to condemn British citizens who had gone overseas to join terrorist organizations, stating that they “hate everything that Britain stands for, hate our values, hate that Britain is as a beacon to the world of democracy and tolerance.” He said it was right that Britain’s forces were trying to tackle that threat – to stop those people from returning home to launch attacks here. 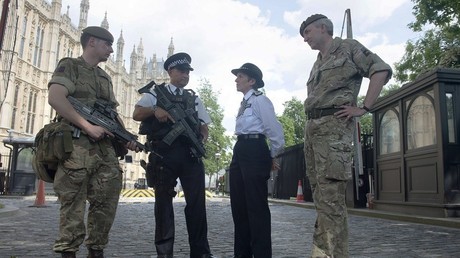 The minister said taking a lethal approach was the right thing to do. By eliminating British citizens who have fought for the would-be Islamic caliphate, forces are preventing them from coming back and launching attacks here.

“Our forces are right across the globe degrading and destroying that threat, making sure that these people who want to bring destruction, death, bloodshed onto our streets aren’t able to come back,” Williamson said. “That is as important part of the jigsaw as what we actually do on the streets in Britain.

“Every day we have got British service personnel making a difference to make sure some of those people that want to cause that harm are never able to come back to this country. That is something I am incredibly proud of,” the former chief whip added.

“I do not believe that any terrorist, whether they come from this country or any other, should ever be allowed back into this country. We should do everything we can do to destroy and eliminate that threat.”

UK-born terrorists currently in Iraq and Syria would be taken out in airstrikes or by killer drones, operated from the safety of British soil, he said.
British authorities believe that more than 800 UK citizens have left Britain to fight for Islamic State (IS, formerly ISIS) in Iraq and Syria. Around half of them have returned, and around 130 have been killed. Around 270 are believed to be alive and well, in Syria and Iraq. The secretary vowed to hunt down those left standing – no matter how long it takes. 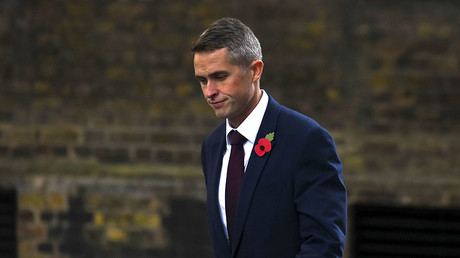 “Our job in terms of eliminating that will not stop this year, will not stop next year, it is something we have got to continue to pursue,” he said. “That is about keeping Britain safe just as much as making sure we have the right response here in Britain.

In recent years, done strikes have increased dramatically. Ministry of Defence figures show there was only one Reaper strike in 2015, 24 strikes in 2016, and 31 strikes in 2017. In Iraq there have been 352 Reaper strikes 2014, 663 strikes by Tornados and 402 strikes by Typhoons Coalition airstrikes had killed about 45,000 ISIS fighters up until August last year.

Williamson made similar comments in November. “They are going to inflict more and more harm on our country, so does that mean eliminating that threat completely? Yes it does,” he said.

“I’m afraid we have to be serious about the fact these people are a serious danger to us, and unfortunately the only way of dealing with them will be, in almost every case, to kill them,” Stewart told BBC Radio in October.

However, not everybody agrees with the Williamson’s hardline approach. In October, Britain’s terrorism watchdog and leading expert Max Hill QC suggested that some young people who had travelled to Syria and Iraq should be allowed to come back to the UK and re-enter society.

“We are told we do have a significant number already back in this country who have previously gone to Iraq and Syria,” Hill told the BBC in October. “That means that the authorities have looked at them and looked at them hard and have decided that they do not justify prosecution and really we should be looking at reintegration and moving away from any notion that we are going to lose a generation from this travel.

“It’s not a decision that MI5 and others will have taken lightly. They, I am sure, will have looked intensely at each individual on return,” Hill added. “But they have left space, and I think they are right to do so, for those who traveled, but who travelled out of a sense of naivety, possibly with some brainwashing along the way, possibly in their mid-teens and who return in a sense of utter disillusionment.

“We have to leave space for those individuals to be diverted away from the criminal courts.”