It’s either fake news or The Times knows something we don’t – the paper’s first edition ran emblazoned with the shocking – and untrue – headline: “May set to hit back at Russia over spy death.” Except he’s not dead… oops.

The attack on Sergei Skripal, 66, and his daughter Yulia, 33, in Salisbury last weekend is expected to be a front-and-center issue at the National Security Council (NSC) meeting on Monday, while authorities work to establish the facts. The PM is expected to face a frontline of MPs baying for Russian blood, while Skripal and his daughter remain in Salisbury District Hospital in a critical, but stable, condition. They’re also both very much alive. 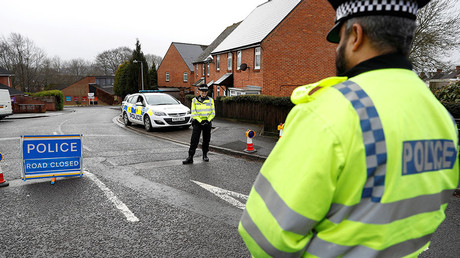 In light of the aforementioned survival of the Skripals, the Murdoch-owned Times has an urgent correction to their front-page headline. To reflect the facts, they have replaced the word “death,” with “attack.”

So, all is well again in the fake news corner once more… until you remember that The Times, other British media outlets, and senior MPs seem more than happy to point the finger of suspicion back at the Kremlin, despite having no proof of Russian involvement. Meanwhile, the pesky Russian embassy has repeatedly popped up with complaints that no one in the UK government has contacted them over the nerve-agent poisoning.

Monday’s NSC meeting will bring together senior cabinet ministers with the heads of MI5, MI6 and GCHQ to discuss the poisonings.