The Democratic Party in the US is making an effort to use social media in its favor ahead of midterms, using those tactics it claimed ‘Russian trolls’ used during the 2016 elections, leading the party to lose.

The Democratic Congressional Campaign Committee has internal software that identifies suspected bots on Twitter, part of what The Washington Post reports is its response to fears of potential Russian influence in the midterm elections.

The committee started using the software a few months ago as part of an aggressive strategy to shape political conversations online. It has already flagged no less than 10 accounts to Twitter, resulting in their shutdown.

The Party has limited funds yet they choose to waste money suing Trump campaign, Russians & the publisher, Wikileaks. And now they are bringing back Correct the Record style trolls, who we know from experience will go after voters. Brilliant Strategy Democrats (HEAVY SARCASM) : (

The DCCC’s strategy is to drive public discussion on social media platforms. It has hired dozens of social media specialists to fight online and has 43 “battle station organizers” who have been dispatched to districts across the country to build grassroot efforts to spread pro-Democratic Party messaging and conduct attacks on Republicans in local social media groups and communities. 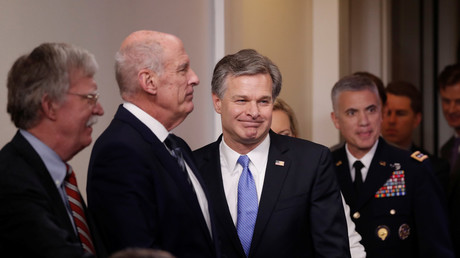 The DCCC is paying organizers to recruit social media activists who will spread content on Facebook groups in the hope they will go viral, the Post reports.

“This is completely different from what we have done in past cycles,” DCCC executive director Dan Sena said.

While the deployment of ‘battle station organizers’ may be new, the strategy echoes the  Correct the Record super PAC’s efforts in the last election, which sought to confront social media users who were posting negatively about Hillary Clinton. Created by political operative and longtime Clinton ally David Brock, it also paid for negative stories about Bernie Sanders and Donald Trump.

The new DCCC software lets staff create reports for different districts which look at candidates’ followers or hashtag users to see how likely it is that they are automated accounts. The software can’t do the same on Facebook, but is monitoring activity there too.

So, another Correct the Record?

After the defeat of the democratic party contender Hillary Clinton in 2016, the party blamed the loss on social media whose power they seem to have underestimated and on Russian meddling, for which the intelligence community has yet to provide evidence. However American security chiefs have been beating Russian drums again ahead of midterms, warning of attacks on democracy that they admitted hadn’t happened but are “just a click away.”