Former Prime Minister David Cameron may have “done some sort of deal” with media tycoon Rupert Murdoch before the 2010 general election, according to former Tory justice secretary Ken Clarke. “Suddenly we got the Murdoch empire back on our side.”

His comments were made in evidence to the Competition and Markets Authority (CMA) inquiry into the proposed takeover of Sky by 21st Century Fox at a hearing earlier this month. The transcript has now been made public.

Clarke, who served as Cameron’s justice secretary, suggested former News of the World editor Andy Coulson had been installed as “Murdoch’s man” in 10 Downing Street, when he became Cameron’s communications director. 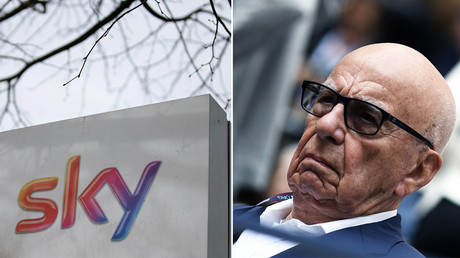 He also recalled a meeting with Rebekah Brooks, the Chief Executive of what was then called News International, in which she told Clarke she was now “running the government” in partnership with Cameron.

“I found myself having an extraordinary meeting with Rebekah who was instructing me on criminal justice policy from now on, as I think she had instructed my predecessor, so far as I could see, judging from the numbers of people we had in prison and the growth of rather exotic sentences,” Clarke said, adding it was a conversation he “took not the slightest notice of.”

Clarke also expressed surprise to the CMA that Cameron had got the Sun tabloid “out of the hands” of former Labour Prime Minister Gordon Brown. “Quite how David Cameron got the Sun out of the hands of Gordon Brown I shall never know. Rupert would never let Tony [Blair] down because Tony had backed the Iraq war. Maybe it was some sort of deal. David would not tell me what it was. Suddenly we got the Murdoch empire on our side.”

Clarke added that “within a week or two, we had got Andy Coulson on board – think he was Murdoch’s man, he was part of the deal I assume – as the press officer. I am not being totally indiscreet. Nobody seemed bothered by it very much.”

Clarke said he did not know how often Murdoch visited Downing Street. He said he believed Prime Minister Theresa May would still be in contact with influential media proprietors. “This rumbles on through politics. It still does,” he said.