If you have AT&T cell phone or cable service, you’re about to start subsidizing CNN and HBO, under the terms of a $85 billion landmark merger approved by a federal judge over the Trump administration’s objections.

The merger was announced in late 2016, but has been challenged in by the Department of Justice last November. On Tuesday, US District Court Judge Richard Leon ruled against the government, allowing the deal worth an estimated $85 billion to go ahead.

AT&T argued the acquisition would enable the company to reinvent itself in the age of streaming media, delivering television content to cell phones and other mobile devices. With the data it gathers from the devices, including computers and smart TVs, AT&T also plans to build a targeted advertising empire, according to the Washington Post. 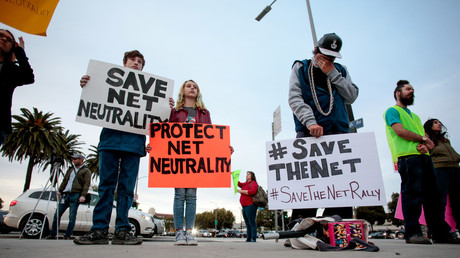 This is precisely the kind of nightmare scenario advocates of Net Neutrality pointed to in alarm, with internet providers being in position to prioritize their own content and throttle that of rival companies. Net Neutrality regulations imposed by the Obama administration in 2015 were overturned by the FCC in December. That ruling went into effect on Monday.

The White House opposed the deal, arguing that the merger will reduce competition and result in higher pay-TV prices. Judge Leon’s decision not to attach any conditions to his approval, will most likely result in an appeal by DOJ, which already voiced “disappointment” over the verdict.

“We continue to believe that the pay-TV market will be less competitive and less innovative as a result of the proposed merger between AT&T and Time Warner,” Assistant Attorney General Makan Delrahim said in a statement. “We will closely review the Court’s opinion and consider next steps in light of our commitment to preserving competition for the benefit of American consumers.”

The AT&T-Time Warner acquisition is also expected to trigger an avalanche of other mergers and takeovers. Cell service providers T-Mobile and Sprint have already announced the intent to merge. Comcast (which owns NBC) and Disney (owners of ABC) are poised for a bidding war over cable networks, film and TV studios of 21st Century Fox. That deal would exclude Fox News, however.

A handful of multinational conglomerates already control much of the national US media, with local stations likewise dominated by conglomerates like Sinclair. Social media, once seen as an alternative to legacy broadcasters, have come under increased government pressure in recent years. Democrats are blaming Facebook, YouTube and Twitter for Hillary Clinton’s 2016 defeat, and Republicans accusing the platforms of “shadowbanning” or censoring conservative views.

Last month, the DOJ approved a settlement that cleared the way for the merger of Monsanto with Germany’s Bayer AG, creating the world’s largest agrochemical corporation.