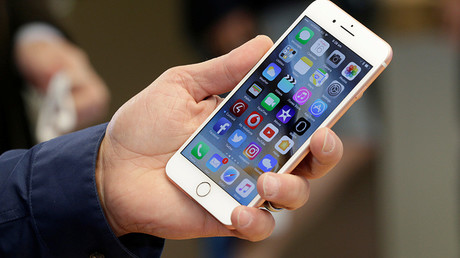 A pilot program from the Department of Homeland Security has uncovered a sudden rise in suspicious cell phone activity, raising concerns that a foreign nation is tracking individuals in the nation’s capital.

On Thursday, the Washington Free Beacon reported they obtained documents and spoke with “security insiders” about unusual spikes in Signalling System 7 (SS7) hacking near the White House and the Pentagon.

An employee at the telecom security firm ESD America confirmed the surge in activity with CBS News. According to the source, the activity could indicate that individuals within the government are being monitored.

ESD Overwatch, a DHS pilot program that monitors cell towers for anomalies, found massive amounts of location data were being siphoned off by an unknown third party.

While it is not clear who is behind the activity, the “sophistication and amount of time indicates it could be a foreign nation,” sources told the Washington Free Beacon.

The source also said the third party could have control of “entire cell phone towers in the area,” and said the hackers appear to be active in several areas across the country.

“The attack was first seen in D.C. but was later seen on other sensors across the USA,” a source told the Beacon. “A sensor located close to the White House and another over near the Pentagon have been part of those that have seen this tracking.“

The security team found that when they were able to determine a subscriber’s location, they could then intercept text messages, steal money, tap the user’s calls, and disrupt their communication services through SS7 vulnerabilities.

“If mobile providers do not implement protection systems against SS7-based attacks, there is little doubt that the public, private organizations or even entire nations will be among the victims of such attacks in the near future,” the security team said.

“We suspect that most Americans simply have no idea how easy it is for a relatively sophisticated adversary to track their movements, tap their calls, and hack their smartphones. We are also concerned that the government has not adequately considered the counterintelligence threat posed by SS7-enabled surveillance,” they wrote.

Last September, Reuters reported that the FBI was investigating several Democratic Party officials who had their cell phones hacked, though the report did not mention SS7 vulnerabilities.