A new report examining widespread corruption and waste in Afghanistan found that the practice blossomed following the US invasion in 2001. The problem was fed by its slowness to recognize the problem and exacerbated by the injection of tens of billions dollars into the economy with very little oversight.

“Corruption in Conflict: Lessons from the U.S. Experience in Afghanistan” examined how from 2001 to 2014 the US government, through the Department of Defense, State, Treasury and Justice and the US Agency for International Development (USAID) understood the risks of corruption in Afghanistan, how the US evolved its understanding, and the effectiveness of that response. 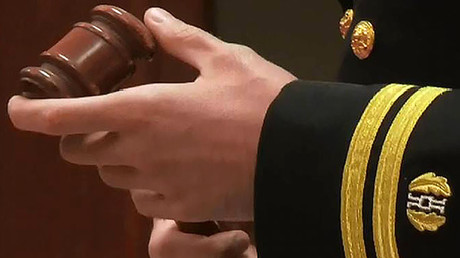 SIGAR was created by Congress to provide independent and objective oversight of Afghan reconstruction projects and activities.

The report released on Wednesday had five main findings: 1) corruption undermined the US mission in Afghanistan by fueling grievances against the Afghan government and channeling material support to the Taliban; 2) the injection of tens of billions of dollars into the Afghan economy was governed by flawed oversight and contracting practices and “partnering with malign powerbrokers”; 3) the US was slow to recognize the problem; 4) when it did recognize the depth of corruption “security and political goals” trumped anti-corruption efforts; 5) in areas where it was successful it was only “in the absence of sustained Afghan and US political commitment.”

The report defined corruption as “the abuse of entrusted authority for private gain,” and placed in the context of Afghanistan’s kinship-based society where the gains from corruption often benefited not just an individual but a family, clan, tribe or ethnic group.

Corruption is the system of governance

According to SIGAR about $113.1 billion has been appropriated for Afghanistan relief and reconstruction since 2002. The funds were used by the Afghan National Security Forces to promote good governance, conduct development assistance, and engage in counter-narcotics and anti-corruption efforts.

The report referred to a 2015 UK research that showed there was weak separation of the private and public spheres which resulted in widespread private appropriation of public resources, vertical- and identity-based relationships had primacy over horizontal, i.e. citizen-to-citizen relationships, and politics was centered around a centralization of power and patron-client relations replicated throughout society.

Opportunities for corruption expanded after 2001 as the amount of money in the economy grew from millions to billions of dollars with the Department of Defense budget at time equivalent to the entire Afghan economy and sometimes quadruple the amount.

“Many of the funds were licit, arriving via civilian and military contracts. At their peak in fiscal year 2012, DOD contract obligations for services in Afghanistan including transportation, construction, base support, translation/interpretation, an private security total approximately $19 billion, just under the Afghanistan’s 2012 gross domestic product of $20,5 billion,” stated the report. “From 2007 to 2014 those contract obligation totaled more than 89 billion.”

During the years of the Obama administration, Afghanistan was rocked by two corruption scandals: The Salehi arrest and the Kabul Bank losing $1 billion.

Salehi was involved in the New Ansari Money Exchange, a money transfer firm that moved money into and out of Afghanistan. The exchange was suspected of moving billions of dollars out of Afghanistan for Afghan government officials, drug traffickers and insurgents. US law enforcement and intelligence investigators estimated that as much as $2.78 billion was taken out of Afghanistan between 2007 and 2010.

“A wiretap recorded an aide to Karzai, Mohammad Zia Salehi, soliciting a bribe in exchange for obstructing the investigation into New Ansari. Reportedly, after US officials played some of the wiretaps for an adviser to Karzai, the adviser approved Salehi’s arrest,” stated the report.

Salehi was arrested in July 2010, but was released within hours on the orders of President Karzai and the case was dropped. The New York Times reported Salehi had once worked for notorious warlord Rashid Dostum and was also “being paid by the CIA.”

“If true, this would suggest a US intelligence agency was paying an individual as an intelligence asset even as US law enforcement agencies were building a major corruption case against him,” stated the report.

The other corruption scandal involved the Kabul Bank, which paid was used among other things to pay the salaries of the Afghan military and police, was found in 2010 to have lost nearly $1 billion of US taxpayer’s funded foreign assistance to Afghanistan. The bank’s deposits had seemingly vanished into Dubai and off-shore locations and unknown offshore bank accounts and tax havens, through Ponzi schemes, fraudulent loans, mass looting and insider loans to fake and bogus companies by less than 12 people who were apparently linked to President Karzai.

Lack of oversight and slow response

Against this the DOD and USAID vetted contractors and implemented contracting guidance to reduce opportunities for corruption and while they were somewhat successful, “they were not unified by an overarching strategy or backed by sustained, high-level US political commitment,” stated the report.

During this time, from mid-2011 to March 2012, the US also sought to explore political reconciliation with the Taliban and to do so the US had to preserve a working relationship with President Karzai to ensure an Afghan government buy-in.

“The US government showed a lack of political commitment. When it became clear the Afghan government was not willing to undertake true reform – because it involved taking action against people connected to the highest levels of political power – the US government failed to use all of its available tools to incentivize steps towards resolution,” stated the report.

Another weakness in tackling corruption was the high turnover of US civilian and military staff “meant US institutional memory was weak and efforts were not always informed by previous experience.”

“One Afghan anticorruption expert noted that US agencies often hosted workshops and training that lasted only a few days, with limited follow-up. He suggested that a more fruitful approach might have been to establish a standing institute to train auditors, attorneys, investigative police and others for year, rather than days,” stated the report.

SIGAR’s report quoted Ryan Crocker, who re-opened the US Embassy in Kabul soon after the September 11, 2001 attacks and served again as ambassador in 2011-2012 as saying that “the ultimate point of failure for our efforts wasn’t an insurgency. It was the weight of endemic corruption.”

The report comes with recommendations for addressing corruption risks to US strategic objectives for future missions. It recommended that Congress pass legislation to make clear “that anticorruption is a national security priority in a contingency operation” and required strategies, benchmarks and “annual reporting on implementation.” It also recommended that Congress consider sanctions and the DOD, State and USAID should establish a joint vetting unit to better vet contractors and subcontractors in the field.

The recommendations for the executive branch level are that interagency task force should formulate policy and lead strategy on anticorruption during an operation and the intelligence community should analyze links between host government officials, corruption, criminality, trafficking and terrorism and provide regular updates.