Labour leader Jeremy Corbyn has accused the Israeli Defense Forces (IDF) of “committing wilful killings” that constitute “war crimes,” during demonstrations in Gaza, when 62 Palestinians lost their lives in one day in May.

The Jewish Chronicle claim they have seen a briefing document sent by Corbyn’s office to Labour MPs outlining their assessment of violence witnessed during Palestinian protests to mark the 70th anniversary of their Nakba or “catastrophe”. The document concludes that “Israeli forces appear to be committing wilful killings, constituting war crimes.” 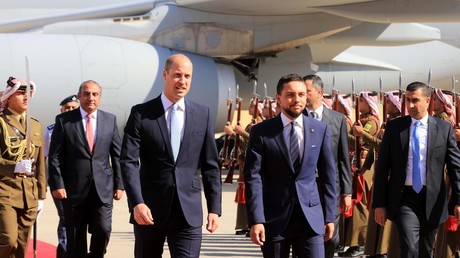 According to UN figures, 131 Palestinians were killed and nearly 14,000 injured between March 30 and June 7 during the ‘Great March of Return’. Israel blame Hamas for the loss of life, claiming they ordered Gazans to breach the border fences between the two peoples.

Corbyn’s briefing document is scathing of Israel’s actions against what he sees as protests that were “largely peaceful.”

It reportedly states: “Since March 30, a Palestinian movement (called the Great March of Return’) has been marching on the border between Israel and Gaza to protest against Israel’s illegal blockage of the area and the humanitarian crisis it is helping to fuel.

“The protests were largely peaceful, although they regularly featured stone-throwing and the rolling of tyres at the border fence.”

The paper does accept that there were pockets, stating “While some protesters in Gaza may have engaged in some form of violence it does not justify the use of live ammunition,” it claims.

It comes after the Labour leader has recently returned from a trip to Jordan where he visited Syrian and Palestinian refugee camps. During his visit to Al-Baqa’a refugee camp on Saturday, which homes 100,000 Palestinians, he told reporters that his party would immediately recognize Palestine as a state, if they gained power.

He called for Israel to “end to the occupation, the settlement policy and the siege of Gaza, as well as recognizing the right to return.”

Today I’ll visit the Al-Baqa’a refugee camp which was first created in 1968, where 100,000 Palestinians live.

The next Labour government will recognise Palestine as a state as one step towards a genuine two-state solution to the Israel-Palestine conflict.https://t.co/eyKgvGCAGo

He called for Theresa May’s government to increase its financial support to the UNRWA [United Nations Relief and Works Agency], in light of the United States’ decision to cut more than half of its planned funding to the United Nations agency for Palestinian refugees.

The UK abstained in a UN Human Rights Council vote to launch an investigation into the killings, although they – along with the US, which rejected the motion – failed to stop the inquiry from being initiated. The British government have called for Israel to “carry out what must be a transparent inquiry into the IDF’s conduct at the ‘border’ fence and to demonstrate how this will achieve a sufficient level of independence.”