The United States is heading towards civil war, Congressman Steve King has warned. His sentiments are mirrored by a troubling new poll which shows that 31% of Americans believe a second civil war is likely in the next five years.

The Republican congressman from Iowa made his eyebrow-raising comment in response to a report about protesters occupying an Immigration and Customs Enforcement (ICE) office in Portland, Oregon. He tweeted that “America is heading in the direction of another Harpers Ferry,” adding that “after that comes Ft. Sumter.”

King was referring to the siege of Fort Sumter in the harbor of Charleston, South Carolina in April 1861, which marked the start of the Civil War. Harper’s Ferry was a Virginia town where militant abolitionist John Brown led a raid against a federal armory in October 1859, in a failed attempt to spark a slave uprising.

Upheaval over US President Donald Trump’s “zero-tolerance” immigration policy, as well as a child detention practice which was reversed last week via executive order, has left America deeply divided. 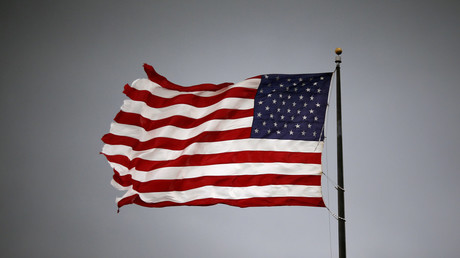 Amid conflicting accusations of creeping fascism and perilous open borders, the congressman’s startling belief appears to be shared by a surprisingly large percentage of Americans. A new Rasmussen national telephone and online survey found that 31 percent of likely US voters say it’s “likely” that the United States will descend into a second civil war in the next five years. Eleven percent of respondents said that civil war in the near future was “very likely,” while only 29 percent said it was “not at all likely.”

Democrats (37 percent) were more fearful than Republicans (32 percent) and voters not affiliated with either major party (26 percent) that a second civil war is at hand. The survey also found that 59 percent of all voters are concerned that those opposed to Trump’s policies will resort to violence.

And while many Americans appear to be bracing for some kind of violent internal conflict, others believe that the second civil war has already begun. Tennessee Law Professor Glenn Harlan Reynolds argued in a recent USA Today column that a new civil war is “well underway,” while Bloomberg columnist Thomas Schaller declared that America was “at the beginning of a soft civil war.”

But pundits aren’t the only ones raising the alarm: Provocative statements about the rise of “fascism” and the need for “revolution” have become commonplace among American actors, musicians and activists.