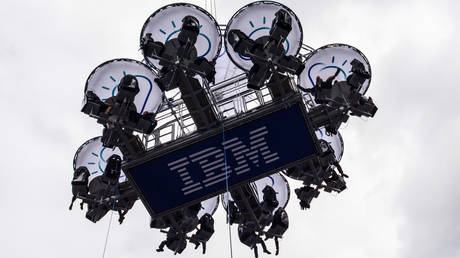 Tech giant IBM has apologized for the “racially insensitive terms” that appeared on its recruitment website, claiming the posting was imported from another country where it’s the norm to identify oneself as a “mulatto.”

“We do not use race or ethnicity in the hiring process and any responses we received to those questions will be deleted,” IBM’s vice president of corporate communications Edward Barbini told the Washington Post. “Those questions were removed immediately when we became aware of the issue,” he added.

Barbini later contradicted himself by saying that the company had replaced the offending identifiers with contemporary terms like “Asian” and “Native Hawaiian or Pacific Islander.”

“Colored”, “yellow” and “mulatto” were sprinkled among the more commonly-used racial identifiers like “Caucasian” and “black” in two drop-down menus forcing job seekers interested in an IBM design internship to specify their ethnicity – twice. The menus also included “Not a Brazil National” and “Not a South African National,” even though the job was based in the US.

When job applicant Rich Park tweeted a clip of the offending menu, IBM quickly blamed the “insensitive language” on an automatic translator (which doesn’t bode well for a company that makes automatic translators) and promised it would be removed from the Brazilian recruiting site. The only problem? Park was in the US, applying for a US position.

Thank you. However, I am based in the United States and applied for a United States based role (NYC). In addition, nothing in the application process indicated that it was a Brazilian recruiting site.

IBM claimed the menus were a relic of “local government requirements” in Brazil and South Africa. “Mulatto” – meaning a person of mixed European and African ancestry – has held on in a few pockets of Latin America, though according to Pew Global Research it is rarely used even there. “Colored,” however, was abolished as a legal designation when apartheid ended in South Africa and hasn’t been used in decades.

Also on rt.com
AI can’t beat a human in a debate (yet), but give it time…