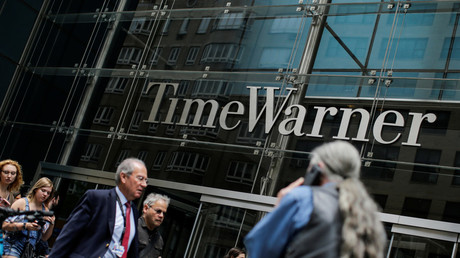 Time Warner Center in New York that hosts CNN offices is evacuated over a suspicious package report.This comes a few hours after mail bombs were intercepted at Barack Obama’s office and the Clinton’s home.

The NYPD investigates the package found in the Time Warner Center, the CNN said, citing sources within the law enforcement services. The network also added that it has evacuated its newsroom “as a precaution.”

The Secret Service said earlier on Wednesday bombs sent to  house of the former president Bill Clinton and his wife Hillary in Westchester County, New York and the office of another former president Barack Obama in Washington, DC were intercepted during a routine mail check. On Monday a package containing an explosive device was found near the home of billionaire  and Democratic donor George Soros, located not far away from the Clintons’ one.

The CNN also reported earlier that a bomb addressed to the White House was intercepted, but this information was not confirmed officially.

The Time Warner Center is located at the Columbus Circle on Manhattan near the Central Park.

Police have cordoned off the area around the building.

The device found in the Time Warner Center allegedly was also constructed with a pipe and wires, CNN reports, citing police sources and adding that the law enforcement services treat it as a “real explosive.”

According to CNN, the device was discovered in the mailroom of Time Warner Center.

A bomb squad has been deployed to the scene to remove the package that was placed in a bomb containment unit on a truck.