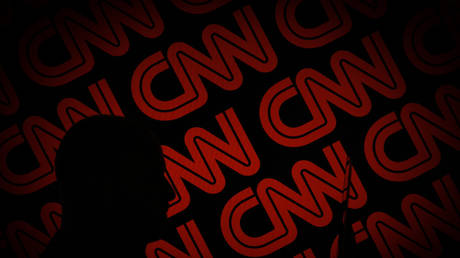 The host of CNN’s ‘State of the Union,’ Jake Tapper, has tried to defend the network’s coverage of ‘Russgate’, claiming it actually got nothing wrong. The bold claim, however, was challenged by other journalists.

Tapper made the controversial remark while talking to the acting White House Chief of Staff Mick Mulvaney on Sunday.

“I’m not sure what you’re saying the media got wrong. The media reported the investigation was going on. Other than the people in the media on the left, not on this network, I don’t know anybody that got anything wrong,” Tapper stated.

Tapper says he’s unaware of any mistakes CNN made in its Russiagate coverage: “I don’t know anybody got anything wrong. We didn’t say there was conspiracy. We said Mueller was investigating conspiracy.”

Then suggests we don’t know if the Mueller report exonerates Trump. pic.twitter.com/0RaXd8NnKk

Mulvaney shot back at what he called Tapper’s personal “recollection of history.”

“Face it, the media got this wrong. It’s okay. People get stuff wrong all the time, just not at this level,” he said.

Tapper’s defense of the ‘balanced’ CNN coverage raised a few eyebrows among the journalist community, as some took to Twitter to challenge the claim and bring up embarrassing retractions of the stories on the “collusion” the network had to make.

As usual, @JakeTapper was a rare balanced and sober voice on cable news throughout most of this debacle. But the idea that CNN got nothing wrong is, with due respect, absurd. MSNBC led the way in unhinged conspiracy-mongering but CNN had at least 3 major, humiliating retractions: https://t.co/IYo0BIiMjg

One of the most embarrassing media moments was when CNN “reported,” and then MSNBC’s Ken Dilanian “independently confirmed,” that Trump Jr. got advanced access to the WL archive – all based on a false date that neither network ever bothered to explain: pic.twitter.com/0jiA50aIku

Others pointed out previous statements by Tapper himself.

They AMPLIFY and SHARE baseless allegations, and then later say, “Hey all I did was post some links!”

And even accused him of purveying fake news.

Many users took issue with the overall tone of the coverage, as well as opinions expressed by CNN-invited guests, that stroked the conspiracy really hard.

Running the collusion story wall-to-wall 24/7 is the endorsement of the story by itself. Most guests were spewing their ideas of how Trump colluded and you obviously know you are carrying the water for one part in this country! Your network is wrong for America!

@cnn spent hours inflating a lot of speculation and tidbits from spurious sources to “newsworthy info” in panel discussions which were very politically imbalanced. @cnn needs to own it. It got humorous really.

No, Jake, you are not getting off easy. You did get things wrong, hype every single event as “the walls closing in”, in fact you did it again with COS this morning. You do realize there is video?

Some joked that Tapper’s remark was proof that he was among those viewers who ditched watching CNN as it obsessed over the disproven ‘Trump-Russia collusion.’

‘Not on this network’: Jake Tapper just confirmed that he, too, has been lost as a CNN viewer over collusion coverage https://t.co/L6poQfr3qs