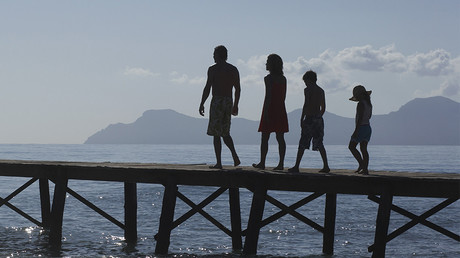 CNN columnist and community organizer Richard Edmond Vargas is facing criticism for penning a column about how US “patriarchy” and male role models can be blamed for mass shootings.

Vargas, who describes his “anti-patriarchy work” in California prisons, wrote that American society relates to men as being “inherently violent, dominant and controlling,” and said he believes that society is “rewarding” men for being that way.

“Why are we continually surprised when a man takes up arms and commits mass murder?” the column asks.

But not everyone agrees with Vargas’ reasoning and, as usual, Twitter was there to react.

Some people were quick to point out that according to the statistics, most mass killers actually grew up in matriarchal environments, with mothers and grandmothers, and that the problem might be a lack of positive male authority and role models in their lives, rather than a toxic patriarchy.

Look around you in prison. That’s who killed, not guns & not patriarchy. Most of those killers grew up in matriachal home environments, raised by mothers & grandmothers, with no involvement from the father.

Where is the patriarchy you’re talking about?

26 out of the last 27 deadliest mass shooters were fatherless. They needed more masculine authority in their lives, not less. https://t.co/z9tmNXkbFO

Others took offense at the assumption that most men are violent or aspire to violence, with one user pointing to factors like sociopathic personality disorder, drugs and gang culture as bigger problems than society supposedly rewarding violent behavior.

US is not a patriarchy. Vast majority of men are not violent. Violent crime is at record low. Why do some young men become violent? Sociopathic personality disorder, drugs, gangs, fatherlessness. Gender studies jargon won’t help. https://t.co/TUdsnX5PFr

Some Twitter users pointed to higher rates of suicide and homelessness among men to pick holes in Vargas’ theory of a detrimental patriarchy.

Men have the highest suicide, homelessness, and on the job death rates. Sounds like they’re doing a pretty crappy job of being the evil oppressing patriarchy- where’s the women’s equality in those numbers?!

Uh huh, sure. Men take more dangerous jobs, work to the detriment of their health, will live shorter lives, and have higher suicide rates, because patriarchy? I’m not buying it.

Conservative commentator Ben Shapiro called out Vargas’ column as “intensely stupid” and penned his own response.

“There is zero evidence that video games lead to violence. And there’s no evidence that contemporary politicians are causing violence. But never mind that: it’s the propaganda that counts,” Shapiro wrote.