The former communications manager for both Hillary Clinton and Barack Obama has been caught making vitriolic remarks in a tweet about Russians.

The tweet was posted early Monday morning while Jennifer Palmieri was departing San Francisco Airport. In it, she blurted out a few insensitive quips about her choice of travel.

“You guys. I just got into [an] unmarked gypsy cab at sfo with a Russian driver. If I disappear–it’s a tan Lincoln continental,” she contemptuously commented.

Before tossing out the damning tweet, she consulted and personally thanked actor Josh Charles for his brilliant advice on how to stay safe from the Russian menace.

If this was meant as a joke, not everyone was laughing. Palmieri’s tweet was immediately picked up by several prominent netizens, who expressed their disdain for the casual bigotry.

“This is not funny. It’s deeply offensive and hurtful, especially coming from a Democrat. I represent a community of immigrants – many have accents and ‘foreign’ names. They deal with suspicion and insults daily,” he lamented.

However, he did leave her with some constructive advice.

“A tip: respect drivers! If you speak with them you’ll see they have amazing experiences,” he added.

This is not funny. It’s deeply offensive & hurtful, esp coming from a Dem. I represent a community of immigrants – many have accents & “foreign” names. They deal w/ suspicion & insults daily. A tip: respect drivers! If you speak w/ them you’ll see they have amazing experiences. https://t.co/0XhDHK8STl

High-profile journalist for The Intercept and constitutional lawyer Glenn Greenwald captured the tit-for-tat Twitter battle just after Palmieri’s comments provoked backlash, noting that Palmieri made no attempt to apologize or address her actions.

“Palmieri has now deleted the tweet with no explanation or apology, so it here it is below. She seemed to do so in response to this tweet from James Zogby,” he pointed out, before her tweet vanished into cyberspace.

Palmieri, 51, was in charge of communications for former US president Barack Obama, before departing the White House in 2015 to run communications for Democratic presidential candidate Hillary Clinton during her 2016 election bid. She currently works for the Center for American Progress, founded by Clinton campaign chair John Podesta.

After her candidate lost, Palmieri accused US President Donald Trump of bigotry. “Trump provided a platform by retweeting white nationalists — giving their views an audience of millions,” she commented in a December 2016 Washington Post op-ed. 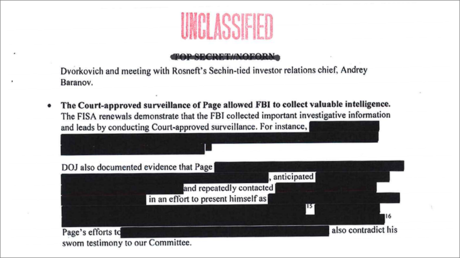 Much of Clinton’s campaign messaging focused on the Democrats’ stance on racial tolerance. However, Palmieri has been caught engaging in bigotry several times, after WikiLeaks published 20,000 pages of emails from Podesta’s private account.

“I imagine they think it is the most socially acceptable politically conservative religion. Their rich friends wouldn’t understand if they became evangelicals,” Palmieri wrote in an April 11, 2011 email.