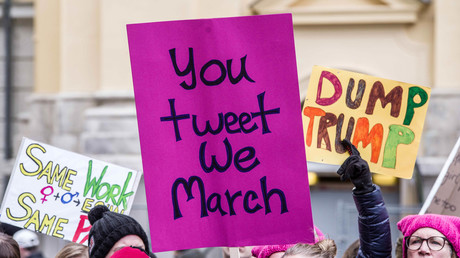 While the popular narrative blames Clinton’s 2016 electoral loss on (Russian) bots, they actually helped her chances, according to a new study finding pro-Clinton bots were more effective at influencing voters than pro-Trump ones.

While there were almost twice as many pro-Trump bots in operation before the 2016 election, the pro-Clinton bots were much more likely to change people’s political opinions because they were much more active, MIT researcher Tauhid Zaman discovered.

Zaman analyzed 2.3 million tweets referencing the second presidential debate and found less than one percent of the accounts involved were bots. He measured the real users’ opinions using two models – one based on their tweets and one on their network of connections – and then remeasured without the inclusion of the bots in the networks. To his surprise (he’s a registered Democrat, according to a disclosure statement that accompanied the study) the average level of support for Clinton dropped from 58 to 42.

The Clinton bots, it turned out, were able to exercise such an outsize influence on their networks because they tweeted on average 1.5 times as often as the Trump bots. The content of the bots’ tweets was roughly the same – retweets of the candidates or other influential users – but the quantity of those retweets had a definite effect.

Should Be Fired Hillary Clinton!

Zaman cautioned that the results could not be extrapolated to the entire voting population – the research only dealt with a short period of time surrounding the debates and studied a relatively small sample of Twitter users. Still, those in charge of social media “outreach” for candidates can learn a lot from this information – if you’re going to fake a following, fake an enthusiastic following!

While Zaman’s research showed Trump had a higher rate of support among bots, a 2015 analysis using the tool TwitterAudit found Clinton had more fake followers – 41 percent of her total Twitter fans.