Foreign Secretary Boris Johnson has met the two rival Libyan leaders as part of a much-delayed and highly-secretive trip to the war-torn North African state.

The visit comes a day after UN-backed Prime Minister Fayez al-Serraj met Khalifa Haftar, his rival from the east of the country, in Abu Dhabi. 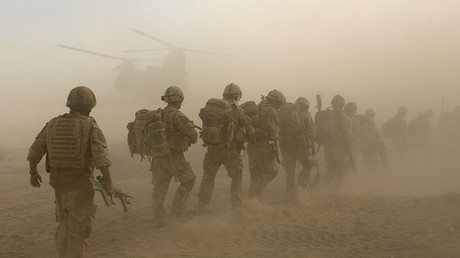 It had been more than a year since the two factions last met. They have reportedly agreed to work toward new elections in March 2018.Haftar leads the Libyan National Army, while al-Serraj’s power is largely limited to the west of the country.

During Egyptian-organized talks over Libya’s future, Al-Serraj accepted that more power must be shared with Haftar, as long as he is made to be accountable.

Speaking after the visit, which was kept secret due to the security risks in the country, Johnson said, “Libya’s political and social groups need to seize the momentum offered by the welcome meeting between Prime Minister Seraj and Marshall Heftar earlier this week to set out a path towards Libyan reconciliation and unity.

“Security, stability and prosperity can only be achieved when the country’s leaders choose to get together and work out a plan for the common benefit of the Libyan people.”

Libya has been wracked with violence since the disastrous NAT0 intervention in 2011 ousted longtime leader Colonel Muammar Gaddafi.

The presence of Islamic State (IS, formerly ISIS/ISIL) in the country is largely attributed to the removal of Gaddafi.

A number of violent militias stepped into the power vacuum left behind after his murder. Despite official denials, the UK has continued to operate in Libya using Special Forces troops as part of its global shadow war.

Developments in a court case involving Britain’s past clandestine activity in Libya emerged while Johnson made his visit.

Authorities overseeing a 2004 rendition case in which a number of terrorism suspects were captured and delivered, with their families, to Gaddafi’s torture cells, are trying to establish whether they should try a former senior British spy.

They fear the Foreign Office will try to keep the trial secret and slow proceedings down with appeals.

The Foreign Office was run at the time by Labour Foreign Secretary Jack Straw. It has been suggested he would have overall responsibility.

“How are victims meant to have confidence in open, British justice when prosecutors ask the very department involved in the case to help them make an application for a secret trial?” Human rights lawyer Cori Crider told the Guardian.