The UK Ministry of Defence is facing accusations that it misled the public over the number of civilian deaths caused by RAF airstrikes in Mosul, Iraq.

A BBC investigation found that RAF airstrikes targeting Islamic State (IS, formerly ISIS) as part of a US-led coalition in Iraq “almost certainly” killed two innocent people in the former stronghold of the terrorist group.

A coalition source said the two civilians were killed in an explosion after an RAF Tornado missile targeted what was described as a “lorry bomb” in Mosul on January 9 last year. 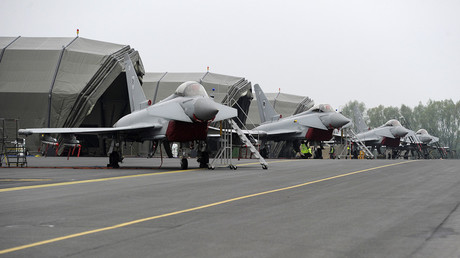 The source added that he had seen evidence of British airstrikes causing civilian casualties on “several occasions.”

“To suggest they have not – as has been done – is nonsense,” they added.

The Ministry of Defense (MoD) has said that it has “no evidence” of civilian casualties, and empasized that “everything possible” is done to minimize the risk of fatalities.

While the US and Australia have accepted responsibility for civilian casualties, the UK has failed to claim responsibility for a single civilian death in Mosul. A monitoring group, Airwars, documented that between 1,066 and 1,579 civilians died in the nine-month fight for Mosul.

Chris Woods of Airwars said: “It’s simply fanciful to claim no civilians have been harmed by the RAF. We don’t live in a world of magic bombs and missiles that only kill bad people,” he told the BBC.

Following the news, prominent political commentators took to Twitter to condemn British efforts to “cover up responsibility” for their military mishaps.

Over the past almost 4 years UK has dropped 3,700 bombs on #Syria & #Iraq, yet continues to claim is no evidence of any civilians killed. Now, along with independent monitors, even UK coalition allies are reporting that the UK claim is demonstrably untruehttps://t.co/UCt79voFJz

Big new report: @bealejonathan has an anonymous UK official saying there is evidence UK airstrikes caused civilian casualties on “several occasions” in Iraq. Suggests the British MoD is trying to cover up responsibility for these incidents. https://t.co/mjgF6wfZ4y

British RAF strikes on IS in #Iraq ‘may have killed civilians’ in the battle for #Mosul – possibly hundreds or thousands. Unacceptable! This must be investigated & exposed. Killing civilians is always wrong & a war crime. SEE https://t.co/vynekcY294

The MoD claimed “very careful analysis” had concluded that those killed in the January 9 explosion were ISIS fighters. It confirmed the location of the airstrike in question but refused to watch footage of the explosion or release coordinates of other RAF airstrikes.

RAF strikes on IS in Iraq ‘may have killed civilians’ https://t.co/hKyKurzi8N

The BBC investigation also highlighted other factors that could have led to British airstrikes having killed civilians. They include the malfunctioning of RAF weapons, and bombs failing to detonate or straying off target.

Despite coalition members “flagging” several incidents in which UK airstrikes may have caused civilian harm, the MoD said it has no evidence to verify the casualties, insisting that a very low percentage of weapons have malfunctioned, though it refused to provide a specific figure.