The UK’s Middle East minister seems unfazed by civilian suffering in Yemen, saying that ending Britain’s arms sales to Saudi Arabia won’t help, but that the probe into the Khashoggi death may influence Britain’s support of Riyadh.

When Alistair Burt responded to calls from the Norwegian Refugee Council, Oxfam, and the Oxford Research Group for the UK to end arms sales to Saudi Arabia, the minister completely dismissed the argument that doing so would help the situation in the war-torn country.

“Ending arms sales wouldn’t do that,” he told the House of Commons on Tuesday. 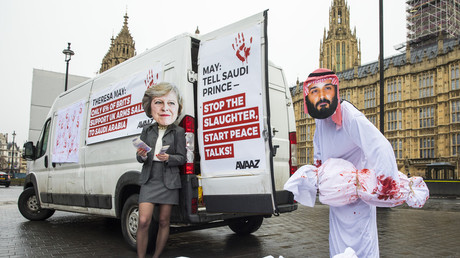 But fellow MP Lloyd Russell-Moyle of the Labour party wasn’t having it. “Can we just not be honest? We are party to this war. We have decided to cosy up to a regime that dismembers its own civilians in consulates of NATO allies,” he said.

To drive home the UK’s role in the Yemen conflict, Russell-Moyle said: “We have British soldiers embedded in the control centers…we train Saudi pilots in Wales.” It was stated during parliamentary testimonies on Tuesday that North Wales Police indeed trains Saudi pilots.

Burt hit back. “We are not party to the conflict, we do not control any flight paths, the coalition is acting in defence of a legitimate government.”

The Middle East minister also had an answer to stories of civilian casualties that resulted from Saudi-led coalition airstrikes, including an attack on a school bus that killed dozens of children. He said it was a mistake that Riyadh has investigated, failing to mention that the Saudi government had initially called that attack “legitimate” before expressing its regret. 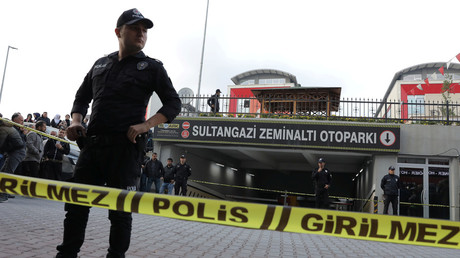 While he didn’t go into much detail, Burt said it was “not an illegitimate question” to ask whether the probe into the Washington Post journalist’s death would reveal something about the Saudi government that would impact the UK’s support of Riyadh in Yemen.

While the exact number of fatalities from Yemen’s brutal civil war is unknown, with the tally frozen at 10,000 for two years, an independent research group has announced that the death toll for combatants and civilians between January 2016 and October 20, 2018 is at least 56,000.

“The fatality numbers refer to the number of people that were killed as a direct consequence of armed violence,” Andrea Carboni, a research analyst at the Armed Conflict Location & Event Data Project (ACLED), told Middle East Eye on Monday.

Carboni said that, based on an estimate of around 2,000 fatalities every month in Yemen, the total deaths from the start of the war in 2015 to the end of this year will likely hover between 70,000 and 80,000.

Burt’s comments came as a Yemeni government official told AFP that the Saudi-led coalition had sent 10,000 troops to the rebel-held port city of Hodeidah ahead of a new offensive which is due to start “within days.”

Yemen has been the scene of civilian loss-of-life and suffering since the country’s civil war broke out in March 2015, with many now on the brink of starvation. The nation has also endured a cholera outbreak and a severe lack of medical supplies, which has led to many cancer patients having to forego treatment.

The Saudi-led coalition intervened in the conflict in Yemen in 2015, in an effort to restore the internationally recognized government after it was driven out by Houthi rebels.