A lawsuit is seeking documents on hunger strikes at immigration detention centers run by the Department of Homeland Security, the American Civil Liberties Union has said. The civil rights group said these hunger strike protests call attention to the inhumane detention conditions and the lack of access to bond hearings.

The lawsuit, filed at the US District Court in DC, seeks documents on DHS policies and records of specific incidents related to hunger strikes and detainees’ refusal to eat. 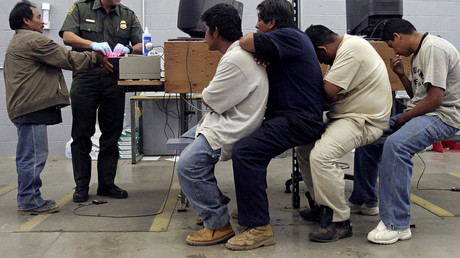 In the complaint, the ACLU said in April 2014, it sued ICE for putting hunger strikers in solitary confinement at the Northwest Detention Center in Tacoma.

It also found that an internal policy at the T. Don Hutto Residential Center in Texas characterized hunger strikes as “protesting in an aggressive manner” and revoked radio, visitation and telephone access in response to such protests.

The ACLU had sent a Freedom of Information Act request to the DHS in August 2016, requesting documents going back to 2013. On September 19, ICE responded with 18 pages of documents with redactions.

“Despite the stonewalling, cases have come to light that show hunger strikers are being subjected to extraordinarily punitive treatment like force-feeding and solitary confinement,” Carl Takei, an attorney with ACLU’s National Prison Project said on Thursday. “We want to know just how widespread the abuse is.”

The ACLU said one incident involves the force feeding of a hunger striker who ICE planned to return to Ukraine. A federal court authorized officials at the privately managed Stewart Detention Center to restrain and force-feed the man. 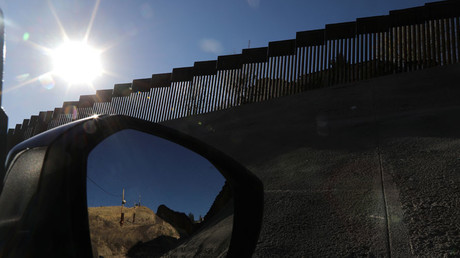 From April 1-22, an average of 36,235 immigrants were held in detention per day, according to the most recent statistics provided by ICE.

In March, the White House requested bringing the total number of beds up to 45,700 and the Republican-dominated Congress this month approved funding for an additional 5,300 detention beds.

“The Trump administration’s plans to expand detention and strip away existing structures for oversight of detention is likely to produce more protests both inside and outside the walls of detention facilities,” said Takei.

“It is critical to expose conditions of confinement in ICE detention, protect the First Amendment rights of people in confinement, and resist the Trump administration’s infringement on civil rights and civil liberties.”

In April, hundreds of detainees at an immigration detention center in Washington state began refusing meals in a hunger strike to protest conditions at the facility and delayed immigration hearings, activists said.

They were demanding better food, hygiene, medical care and pay, while detainees awaiting immigration hearings or deportation launched work stoppages, protesting being paid $1 a day to cook, clean and do laundry.