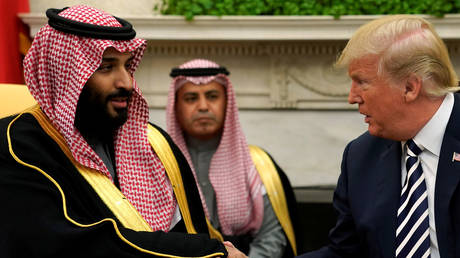 The CIA concluded that Saudi Crown Prince Mohammed bin Salman ordered journalist Jamal Khashoggi killed, but the young ruler is there to stay, and so is the cosy US-Saudi relationship, a prominent CIA whistleblower told RT.

With enough information leaked from the CIA, the NSA, the FBI and the Turkish national intelligence organization, Kiriakou says there is little doubt among the analysts that it was Mohammed bin Salman (MBS for short) who had ordered the killing.

The CIA, for its part, concluded with “medium to high confidence” that Khashoggi, a Washington Post columnist who entered the Saudi consulate in Istanbul last October, and was never seen again, was tortured and murdered on orders coming from MBS.

But despite media outrage and pressure from some US lawmakers to cut off weapons sales to Riyadh, President Donald Trump is sticking by the embattled Saudi prince, and has cast doubt on the CIA’s conclusions. Former CIA agent and whistleblower Kiriakou believes that US-Saudi relations are unlikely to change any time soon.

Don’t forget, Mohammed bin Salman is only [thirty three] years old, he’s going to be around for another half a century – and so I think very little is going to change over the long term.

Within the desert Kingdom, change is also a mere fantasy. MBS has been touted as a reformer, but has done little in practice to change the country’s medieval legal system.

“I think the so-called reforms are all fake,” Kiriakou said. “This is a country that still crucifies people. I have a personal friend who was recently sentenced to 10 years of hard labor for participating in a peaceful pro-democracy demonstration.”


Bin Salman lifted Saudi Arabia’s longstanding driving ban on women last year, in what was hailed as the first step towards modernizing the country’s hyper-conservative gender rules. However, days before the ban was lifted, the government arrested women’s rights activists, including some who had successfully campaigned against the driving ban. The activists are still incarcerated, and some have been tortured, according to Human Rights Watch.