The Pentagon and the CIA see “no change” in Russia’s strategic military capability following new strategic weapons systems presentation, saying they believe that President Putin “says lots of things that are without foundation.”

The five new Russian systems unveiled by Vladimir Putin “are still years away” from threatening the US, Defense Secretary James Mattis noted Sunday, stressing that Russian military capabilities are unable to change the military balance in the world.

“They do no impact any need on our side for a change in our deterrent posture,” Mattis said Sunday aboard a plane to Oman, noting that Putin’s remarks were “disappointing, but unsurprising.” 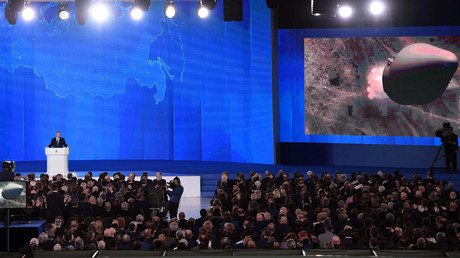 Russia’s new weaponry allegedly came as no surprise to the US intelligence community either, CIA Director Mike Pompeo said on Sunday, echoing the widely accepted American reaction to the news. Pompeo instead used the opportunity to tell the American public not to worry about the unprecedented potential of the Russian strategic systems.

“Vladimir Putin says lots of things that are without foundation. I don’t want to comment precisely on the details,” the CIA director said on Fox News Sunday. “We are following and tracking all of this closely, as are our brothers at the Department of Defense.

“Americans should rest assured that we have a very good understanding of the Russian program and how to make sure that Americans continue to be kept safe from threats from Vladimir Putin,” Pompeo added.

While Putin stated that the systems have underwent numerous successful tests and some are already in mass production, Western media and many public figures cast doubt over the feasibility of such advanced technology. In all fairness, the new capabilities of some of the announced weapons appear to be straight out of a science fiction novel. 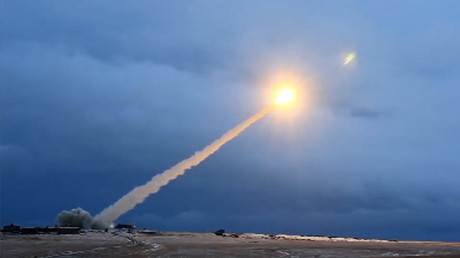 However, the Russian leader was quick to dismiss such rumors. In an interview with NBC’s ‘Megyn Kelly Today’, Putin stressed that “every single weapon system that I have discussed today easily surpasses and avoids anti-missile defense systems.” He clarified further that while “some of them still have to be fine-tuned and worked on,” others are combat-ready. “One of them is already on combat duty. It’s available to the troops.”

The wishful thinking voiced by American officials has further been laid to rest on Monday by Deputy Defense Minister Yury Borisov, who made clear that some of the new systems are already in mass production and are being used by the Russian armed forces.

“This is not a bluff, but a new reality,” he said.

While US officials continue to reassure public that the US still has enough nuclear and conventional might to counter Russia, earlier this week Under Secretary of Defense for Policy John Rood admitted that “the missile defense system that the United States has developed and fielded today would not have the capability to negate the Russian ….strategic nuclear arsenal.”

Seemingly trying to save face, Rood reiterated Washington’s official position that US missile defense systems were never intended to neutralize either the Russian or the Chinese strategic arsenals. “That has not been our plan in focus and the capabilities developed do not enable us to do that,” he said.

Luckily for the US, Russia also “never had any plans” to use the new military systems “for offensive – let alone aggressive – goals,” Putin made clear in his March 1 announcement. He explained that the new technology was developed in response to Washington’s unilateral withdrawal from the Anti-ballistic Missile Treaty in 2002 and NATO’s eastward expansion.