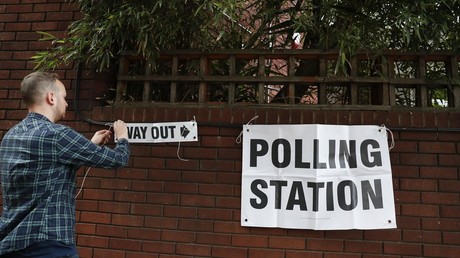 The grandson of former UK Prime Minister Winston Churchill has called for the whole of Britain’s voting system to be “blown up” after the Electoral Commission found the Vote Leave campaign group breached electoral law.

The Brexit campaign group was found to have exceeded the £7 million spending limit by almost £450,000 in the watchdog’s investigation. Sir Nicholas Soames MP said it was a “gross” incident.

Vote Leave – the official campaign organization championing Britain’s withdrawal from the EU during the 2016 referendum – was fined £61,000 by the Commission and referred to the police after an investigation found it guilty of overspending by collaborating with BeLeave, another campaign group.

Speaking in the House of Commons, Soames called for a shake-up of current legislation and told the Parliamentary Secretary for the Cabinet Office, Chloe Smith, “that if we are to retain the integrity and the trust of the voting public, the whole damned thing needs to be blown up and started again.”

Smith replied saying she “understands the seriousness of that point” but the current rules “comprise our democracy”.

She said that just because the rules were broken it doesn’t mean they are “flawed”, but admitted Parliament ought to look at the Commission’s report, as well as other ongoing investigations, for example by the Information Commissioner, “in the round”.