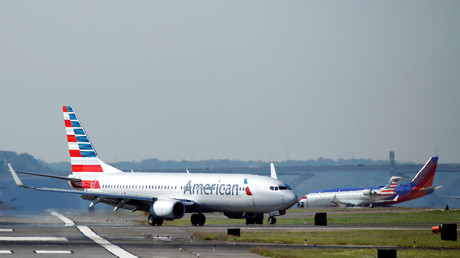 American Airlines is facing a Christmas crisis after a “computer glitch” allowed too many pilots to schedule holidays in December, leaving 15,000 flights without assigned captains and at risk of cancellation.

The Allied Pilots Association (APA), the union that represents the carrier’s pilots, confirmed that American Airlines were working to resolve the scheduling error.

The group estimated that more than 15,000 flights from December 17-31 could be affected by the “significant holes” in the operation.

“Basically there’s a crisis at American for manning the cockpits,” Dennis Tajer, a spokesman for the APA, told Reuters.

“I‘m watching a ‘Grinch that stole Christmas’ thing happening. And we don’t want to see that happening for our passengers,” Tajer said.

American Airlines said the glitch caused the scheduling system to show that American had ample staffing coverage for some planned flights when it actually didn’t.

This is the biggest blunder American Airlines has made since they allowed Kevin McCallister to board the wrong plane to New York in ’92. https://t.co/1u14i6cP5L

“The carrier has made adjustments to the system and expects it to operate smoothly from now on,” Matt Miller, a spokesman for the airline, told Bloomberg News.

“We are working through this to make sure we take care of our pilots and get our customers to where they need to go over the holidays,” he added.

Pilot 1: You working over Christmas?

American, the world’s largest airline, reportedly offered pilots extra pay to work over the busy festive period, but APA filed a grievance against management stating the restrictions on overtime pay were a violation of the group’s contract.

The crisis echoes a similar disaster faced by Europe’s largest airline, Ryanair, last September. The carrier was forced to cancel thousands of flights after it too experienced a pilot shortage due to rostering errors.

In total, the company canceled some 20,000 flights. Despite seeing 2 billion euros knocked off its market price in the aftermath of the mass cancellations, the airline reported profit and growth in November that boosted the airline’s valuation by more than €1 billion.