China’s growing foothold in North Sea oil has got experts worried about the rising power’s influence and intentions amid heightened tensions over who owns Britain’s energy production resources.

While all the talk in geopolitical circles has been of the West’s “Pivot to Asia,” China’s influence in the UK is causing headaches, as attention falls on the ownership of two major British oil fields by Chinese state-run companies.

According to a report from The Times, firms governed by state-owned China National Offshore Oil Corporation (CNOOC) are so embedded in the UK oil industry that they stand to get some £2 billion in tax breaks and now pump out as much as 200,000 barrels per day.

Given the recent decline in yields, China’s continuing dominance of UK oil is now puzzling experts, who have begun to fear that control of the fields has more to do with influence than profit. 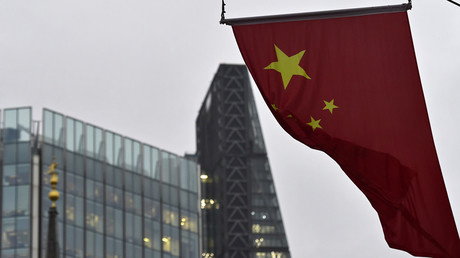 “In narrow terms, the state overseas oil company will be pouring money into the region for no particularly obvious gain.

“It may be part of a general strategy to boost the credibility and legitimacy of Chinese companies operating within Europe,” he said, adding that it could be all about “soft power.”

The UK’s concerns about Chinese influence in British energy became apparent when Prime Minister Theresa May effectively froze a deal for another state-run Chinese firm to take a major role in financing a project to build a new UK nuclear power plant in Hinkley, Dorset.

On August 16, she was forced to write to China to placate suspicions over the stalled project.

The letter followed a period of tensions over the future of the £18 billion (US$23.4 billion) arrangement, after UK intelligence warned that Chinese investment in a British nuclear power could compromise national security.

If the deal goes ahead, it would see French company EDF build two nuclear reactors for the Somerset plant, which would be partly funded by China General Nuclear Power.