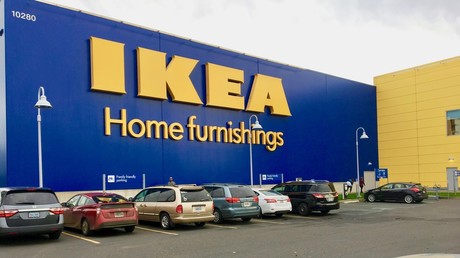 A family trip to Ikea ended with a bang when a child fired a loaded handgun it found wedged in one of the store’s couches in Fishers, Indiana.

The child, whose age has not been released, found the gun in one of the store’s couches and pulled the trigger, firing at least one shot, Fishers Police Department said, the Indy Star reports. Luckily, no one was injured in the shooting.

Fishers police said the gun belonged to a customer who lost it when they sat on a couch to test it out. The gun owner didn’t realize the firearm was missing until it was too late.

“Ikea has a no weapon policy in our locations to prevent exactly these types of situations,” the store said in a statement. “As soon as we were made aware of the situation, our co-workers took the action they were trained to do to ensure the safety of customers. We are cooperating with police as they investigate this incident.”

The incident took place at about 2pm, and the store was back up and running an hour later. No arrests have been made and the prosecutor’s office will decide whether to file any criminal charges.

Police urged parents to teach their children how to react should they ever find a gun. They are told to instruct them not to touch it, and to alert an adult immediately.