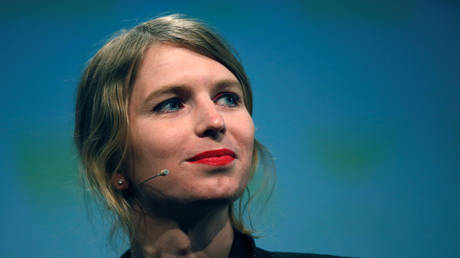 US army whistleblower Chelsea Manning has been taken into custody for contempt of court after refusing to testify in front of a grand jury in what’s believed to be the case against WikiLeaks co-founder Julian Assange.

Manning received a subpoena from the US District Court in January.

She appeared before a grand jury on Wednesday and invoked her First, Fourth and Sixth Amendment rights. She said the questions pertained to her 2010 disclosures of the American military’s misconduct, and she had answered those extensively during her 2013 court-martial.

Those disclosures landed her in prison with a 35-year sentence that was commuted in 2017. On her way to the Friday hearing, Manning said she was prepared to go back to jail.

Ahead of the hearing, I asked Manning what she thinks of these hearings being conducted in secret (no press/public allowed in).

“I have a history of having to deal with secrecy and a lot of these sort of secret proceedings. They tend to favor the government,” she tells me. pic.twitter.com/YjCiBuOway

Attorney Moira Meltzer-Cohen reportedly said it would be “an act of tremendous cruelty” to send Manning, who is a transgender public figure, back to jail, where she would face dangers to her safety and health, the Washington Post reports.

Manning will remain in detention until she either changes her mind and testifies, or until “the end of the life of the grand jury,” Judge Claude M. Hilton ruled.

Though Manning’s subpoena does not name Assange specifically, the cases are believed to be related because Manning leaked her trove of classified and sensitive military and diplomatic data to WikiLeaks, and the subpoena was issued at the request of a federal prosecutor assigned to handle the consequences of the inadvertent reveal of the Assange indictment.

Charges against Julian Assange remain sealed, though their existence was recently inadvertently revealed. It is believed that as soon as Assange sets foot outside the Ecuadorian Embassy in London, the UK will extradite him to the US, where he could potentially be charged under the Espionage Act like Manning was.