A British-Australian citizen has been arrested in Dubai for sharing a post on his Facebook page which promoted a charity drive to buy blankets and other supplies for refugees in Afghanistan. He has been charged with fundraising without permission.

Scott Richards, 42, shared a crowd-funding campaign run by a US charity which works in Afghanistan. The charity was appealing for US$35,000 (£26,637) to pay for “new tarpaulins, blankets, warm clothes and socks, and sleeping bags” for children at Chahari Qambar refugee camp, located on the outskirts of Kabul.

But Richards’ act of kindness was met with an unexpected consequence on July 28, when he was arrested and held for 22 days. He was eventually charged with fundraising without permission. 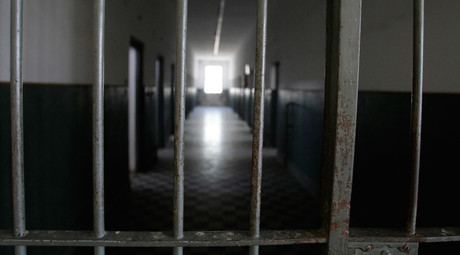 The 42-year-old is being held at Al Murraqabat Police Station, a facility which reportedly does not allow prisoners access to a mattress or blankets, or give inmates toilet paper.

Richards is only allowed to change his clothes once every seven days, and has to pay for water, his mother, Penelope Haberfield, told the BBC.

“His wife is under extreme stress. She can only take the clothes to him once a week. She takes him money so that he can buy water and extra food,” Haberfield said.

Richards, who has been able to see his wife once a week and make limited phone calls, has so far been denied bail. Advocates believe he will be kept in prison for at least another two weeks before his case is reviewed again, the Australian Broadcasting Corporation (ABC) reports.

The father of two, who grew up in the Australian city of Adelaide, had been working as an economic development adviser in Dubai.

The British Foreign Office says it is providing support to Richards and his family, and the Afghan government has reportedly written a letter of support.