Rape charges have been dropped against two high school freshmen in Rockville, Maryland after prosecutors said they couldn’t corroborate their accuser’s story. Their classmate accused the older teens of sexually assaulting her in the school bathroom.

In mid-March, police charged a 17-year-old boy and 18-year-old Henry Sanchez-Milian with first degree rape and two counts of first degree sexual offenses. A 14-year-old classmate had accused them of raping her in the men’s room at Rockville High School during school hours, according to a graphic police affidavit.

The case gained national and international attention when it was revealed that both suspects entered the country illegally less than a year ago from Central America. The alleged victim is a legal immigrant.

White House press secretary Sean Spicer spoke out about the incident at the time, describing it as “shocking, disturbing, horrific and whatever other words that come to mind,” and used the incident as a platform to discuss the problems with sanctuary cities. The case also raised other immigration- and education-related questions, he said. 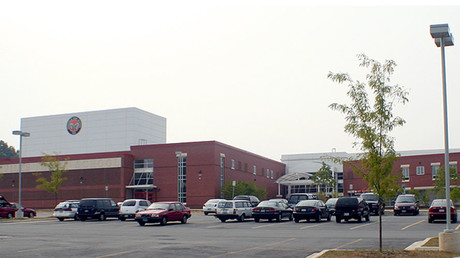 On Friday, a judge dropped the charges against both the 17-year-old and Sanchez-Milian because of “substantial inconsistencies” from witnesses, Montgomery County State’s Attorney John McCarthy said at a press conference after the hearing.

On March 15, the day before the incident, the girl and the 17-year-old exchanged explicit text messages and images about planning to have sex in school, defense lawyers said. The girl had told police that he pushed her into the bathroom, but video from school cameras showed the pair entering the restroom together, the Washington Post reported.

“At no point did the girl express any reluctance with any sex acts,” said Sanchez-Milian’s attorney Andrew Jezic. “From the night before, she actively planned a sexual encounter.”

“It does seem improbable,” for consensual group sex in a school bathroom, “if you are a person who is not connected to contemporary high school culture,” he said.

Investigators also looked into whether the two boys had texted each other plans to turn the consensual encounter into a rape.

“This was clearly a conspiracy between this defendant and the co-defendant to get this victim into that bathroom and rape her and commit other sexual assaults against her,” Assistant State’s Attorney Mary Herdman said at a March 30 bond hearing.

Prosecutors declined to bring conspiracy charges, and statutory rape charges were not appropriate in the case because neither teen was a full four years older than the girl.

On Friday, deputy White House press secretary Sarah Huckabee Sanders was asked if Spicer had unfairly jumped to conclusions about the case.

“We’re always looking to protect the American people. Sean [Spicer] was speaking about what he knew at the time,” she replied. “I don’t want to retract anything without further information in front of me.”

She noted that President Donald Trump “has been incredibly outspoken against crime in any form or fashion,” and part of that is a focus on securing the border.

Although the rape charges have been dropped, there is still an immigration aspect to the case, as both boys entered the US illegally, and Sanchez-Milian was issued a notice to appear in front of an immigration judge. That hearing has not yet been scheduled. Immigration and Customs Enforcement (ICE) agents were at the courthouse monitoring the case, but the 17-year-old’s lawyer said she would fight any efforts to deport him.

Although the rape charges have been dropped, there is still an immigration aspect to the case, as both boys entered the US illegally, and Sanchez-Milian was issued a notice to appear in front of an immigration judge. That hearing has not yet been scheduled. Immigration and Customs Enforcement (ICE) agents were at the courthouse monitoring the case, but the 17-year-old’s lawyer said she would fight any efforts to deport him.

Adolfo Sanchez-Reyes, 43, the father of the 18-year-old, was detained days after his son was arrested because “a review of his immigration history revealed he was unlawfully present in the United States,” ICE said.

ICE is still pursuing his deportation to Guatemala, agency spokesman Matthew Bourke said Friday. Sanchez-Reyes is not currently in custody, but ICE has issued a detainer asking local authorities to ensure he is transferred to federal custody.

Both Montgomery County and its county seat of Rockville have previously said that they cooperate with federal detainer requests, despite accusations by the Trump administration of being sanctuary jurisdictions.